After the evacuation we spent 2 nights at the camp and then were flown to Edmonton. The plane ride itself was bizarre with animals of all sorts in the cabin. Our cat spent almost the whole time in my computer bag. He did NOT like flying but my kids enjoyed it.

All sorts of businesses had discounts for evacuees. Everywhere we went we saw others from Fort McMurray and everyone was so very supportive.

CBC radio interviewed me about the impact of evacuating on my special needs kid. While I was there I met another evacuee who was being interviewed on the CBC TV. The radio hosts were lovely and I have no idea what I said. 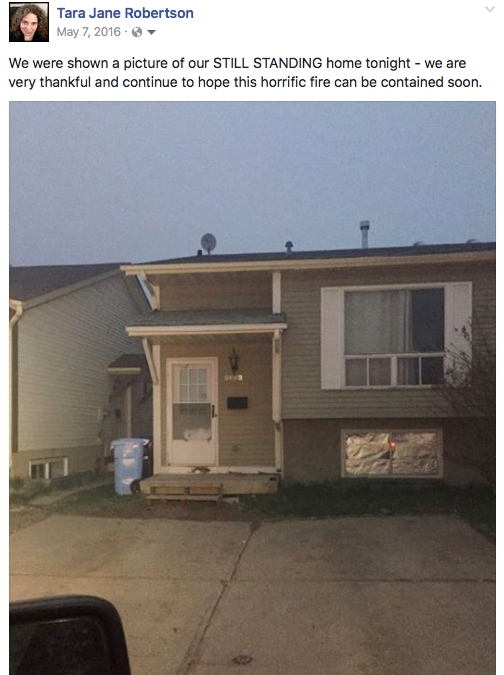 It was a huge relief to actually see our home standing. The kids were over-the-moon happy and once they saw that they were much more able to be calm about the whole thing. But the fire just kept growing and it was a constant worry for the adults. 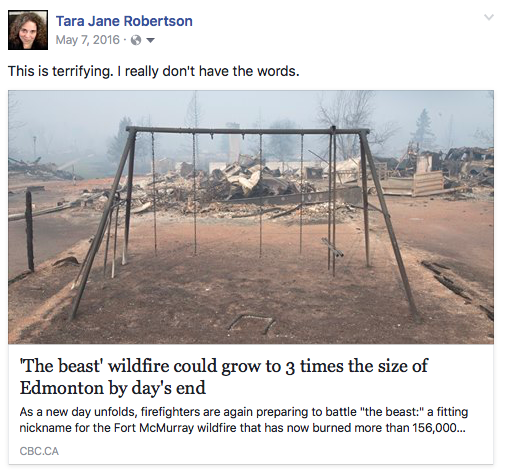 We were able to spend some lovely time with my family. They took us riding on their horses and the kids had so much fun. My family added some much-needed lightness during a dark time. 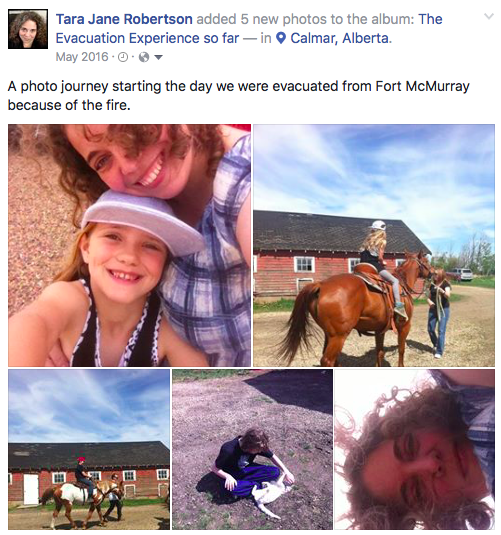 We rented a "vacation" home in Edmonton and it wasn't the best experience. But we were all very thankful to have somewhere to stay and to be together. 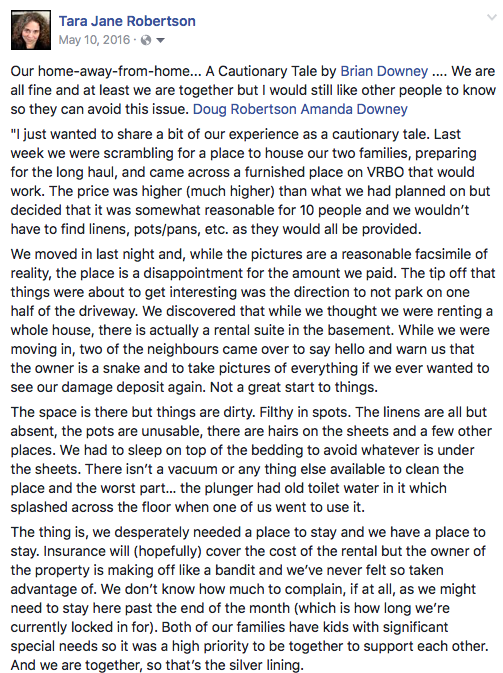 We went to several "evacuee" centres and we were completely overwhelmed by the generosity we witnessed.

We tried to do fun things to keep the kids entertained but even in the midst of typical holiday-type stuff they were subdued. The uncertainty of it all weighed heavily. 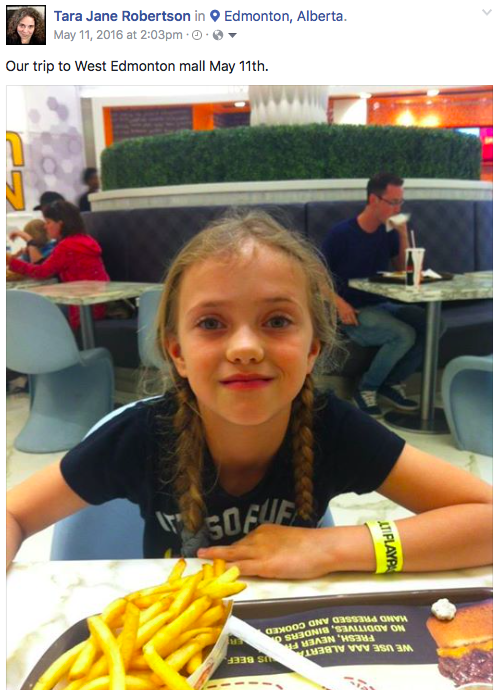 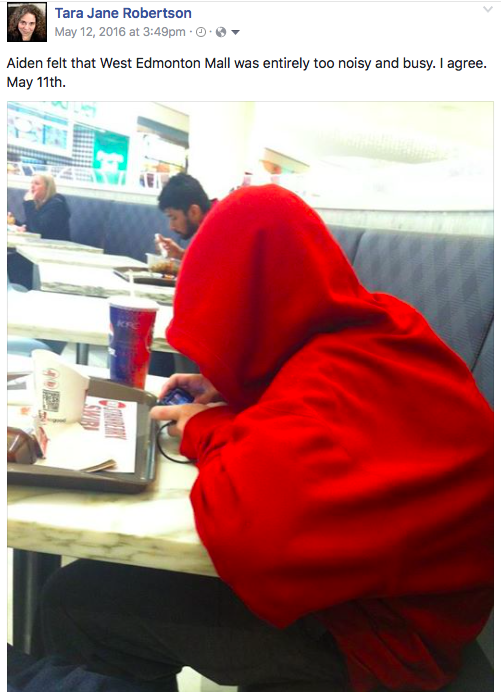 The stress of the situation is hard to describe. We were constantly looking for news and updates. We had no idea when we would be able to go home. We had to decide whether to put the kids in the local schools or not. Big decisions made with not very much information.

We chose not to put our kids in school in Edmonton. We decided they were under enough stress and trying to deal with new schools just was way more than they could handle. 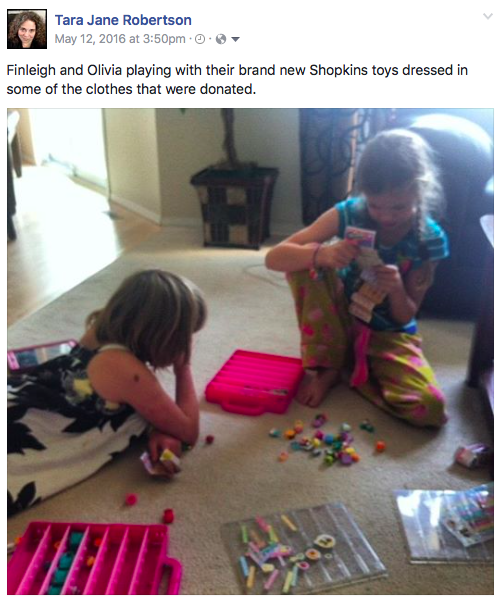 There were a lot of tears and random bursts of emotion - from everyone, adults included.

In the midst of everything I was in a ton of pain. I have no idea what I did on that evacuation day but it resulted in several weeks of back and knee pain. It was just ridiculous.

We really did love being able to share a home with my best friend and her family. I don't think I can overstate how much that helped our mental health during a very stressful time. 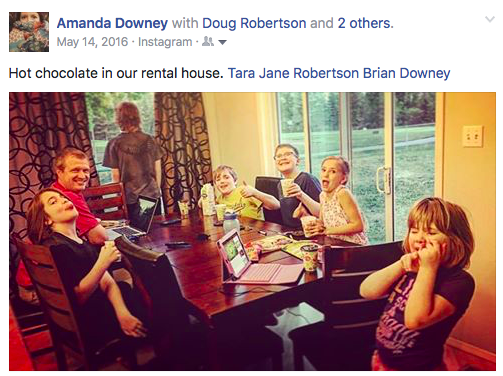 The news continued to be grim and even 13 days after we evacuated our town was not out of danger. 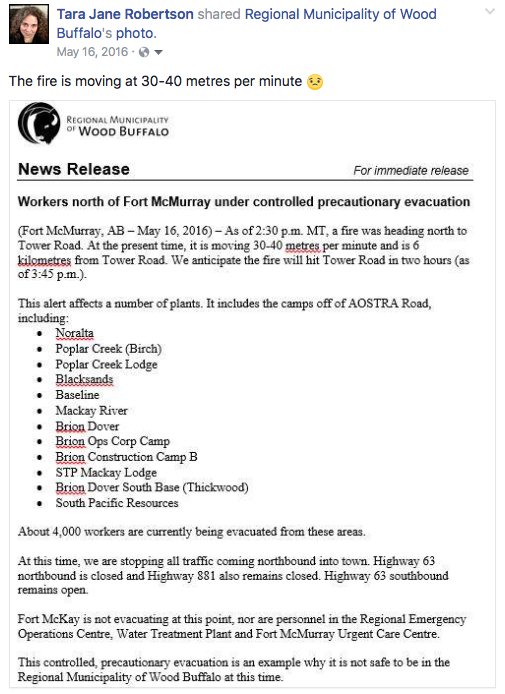 We took advantage of the unexpected days of no school and no work by doing weird things like dental check ups and getting everyone's eyes tested. We needed to fill the days somehow and it made us feel productive on some level.

We found a place in Canmore to go for the last bit of our evacuation experience. It was half the price of the home in Edmonton and significantly nicer! 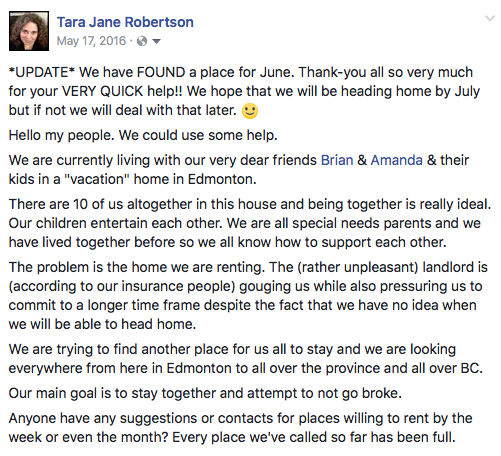 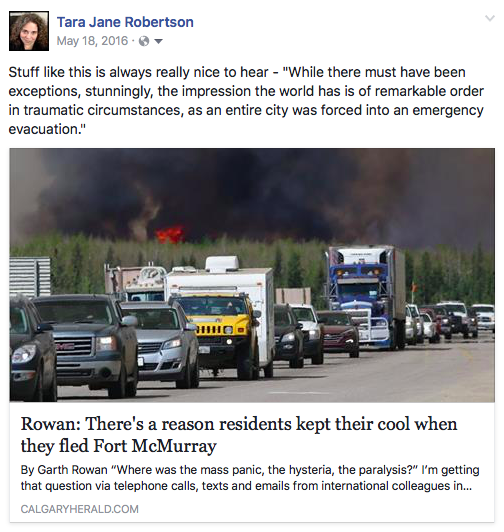 It was hard to visualize just how close the fire came to our house so I made this once the information was available... 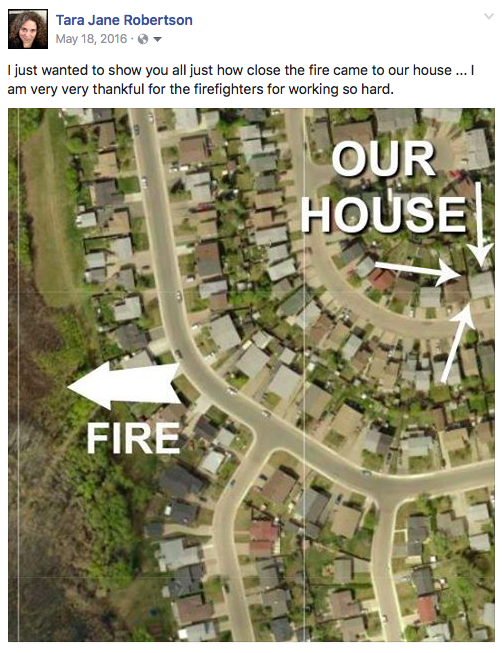 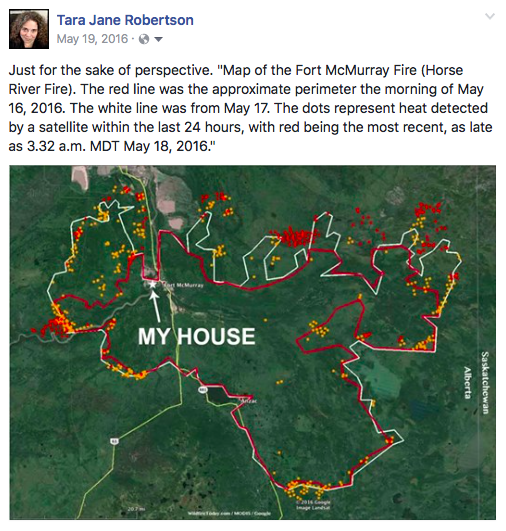 The news continued to suck but we were very thankful for everyone who was fighting to save our town. 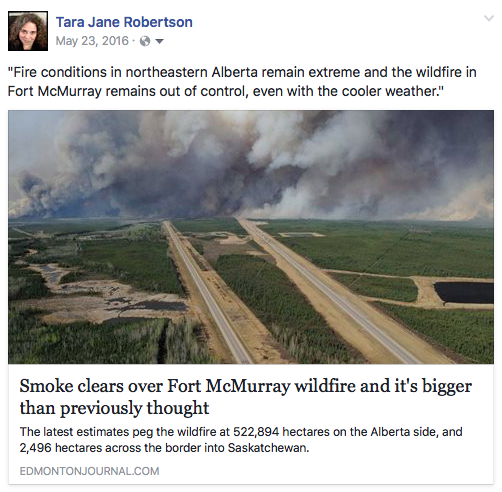 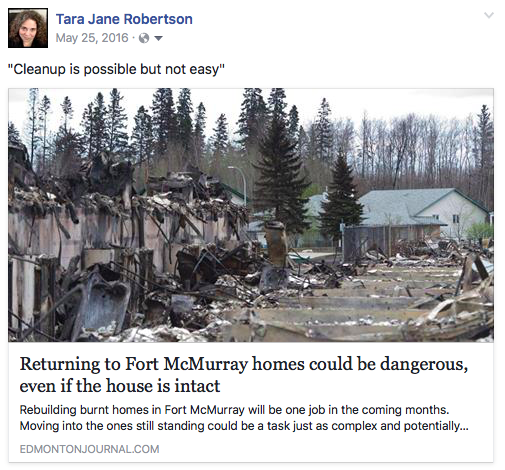 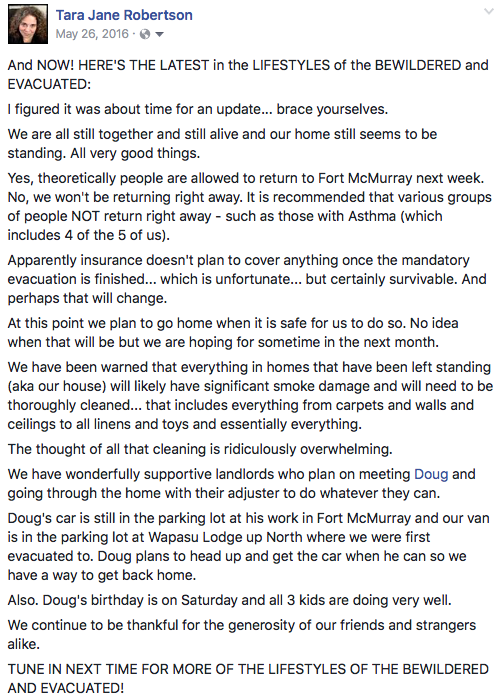 We celebrated Doug's birthday and just kept moving forward. We did the best we could with the information we had available to us. There were several bright spots during the chaos. I was able to see some close friends that I hadn't seen in ages. We had support from all over the country. We really felt loved and cared for. 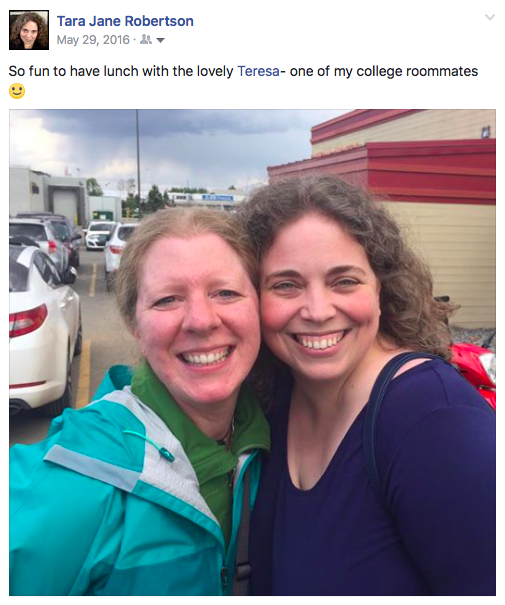 Compared to our time in Edmonton our week in Canmore felt almost like a holiday. It was very beautiful there and it felt refreshing. 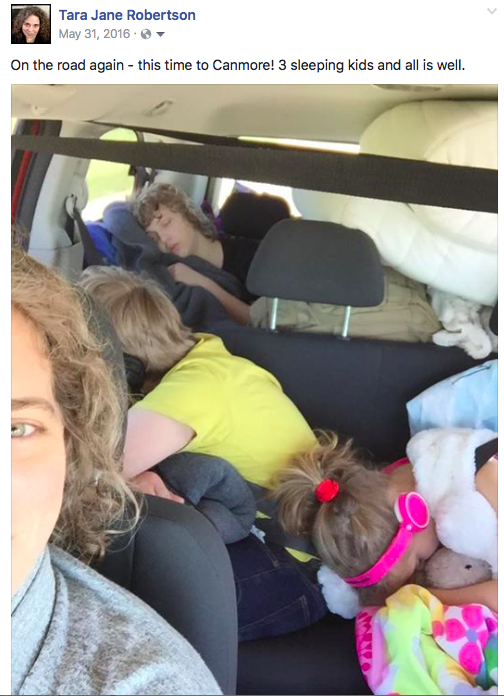 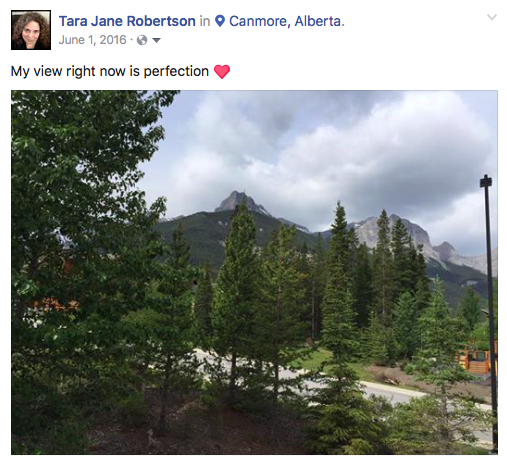 We made the kids do school work every afternoon. They hated it of course. 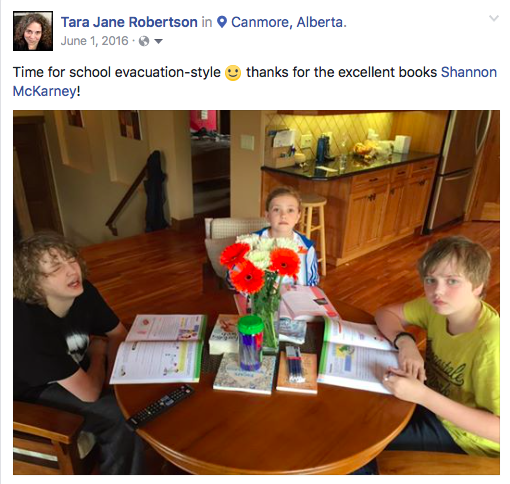 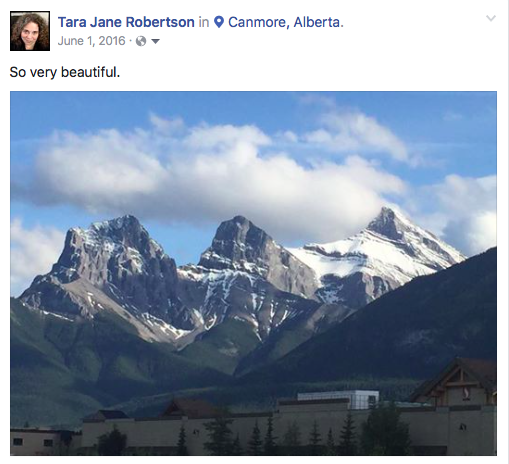 I even got a tattoo done that I had been wanting for ages. 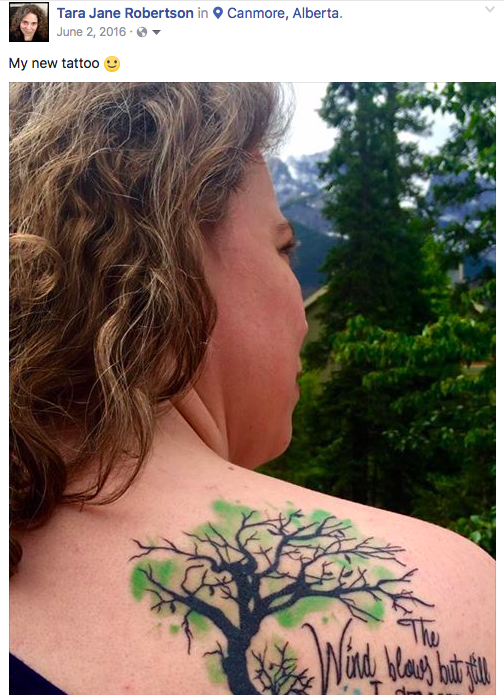 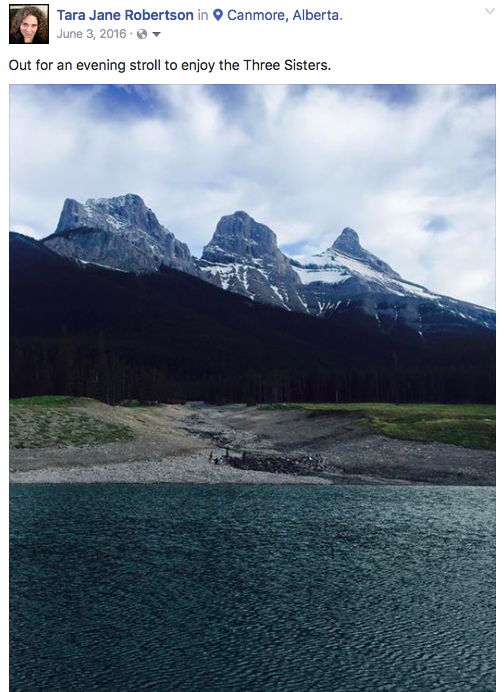 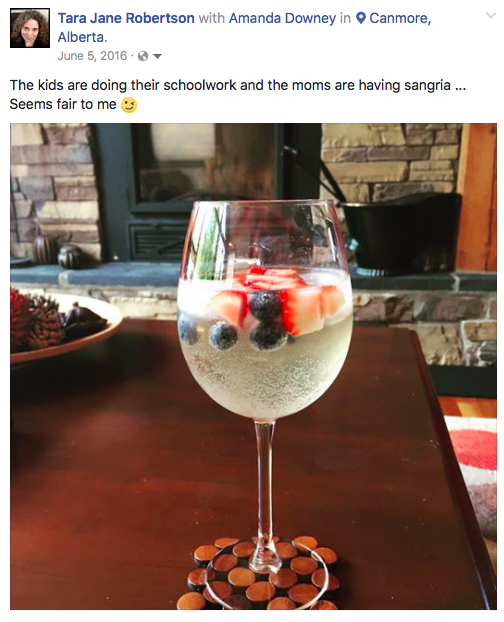 It was a huge relief when the news turned towards the positive and we were able to start to plan the journey home. 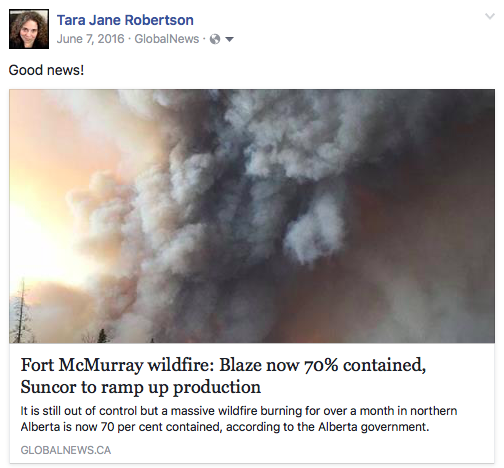