Litterbugs Get Fined in Our House

We have far too much STUFF in our house and I have been wanting to SIMPLIFY but the task feels so completely overwhelming to me that I give up before I even begin.

And yes, I realize that is completely counter-productive.

My depression may or may not have something to do with it as well. I admit nothing. 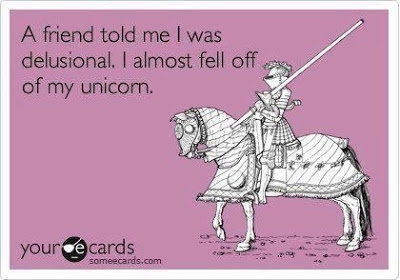 The irony that having a simplified, organized home would actually significantly help my depression is not lost on me.

ANYWAY... this post is actually not about organizing my home. It is about a nasty habit my children picked up that is adversely affecting my home and making it feel exponentially worse. Over the winter I started to notice a trend with my children. They would unwrap a granola bar or a piece of gum or something and then - wait for it- drop the trash ON MY FLOOR.

Oh yes they did. 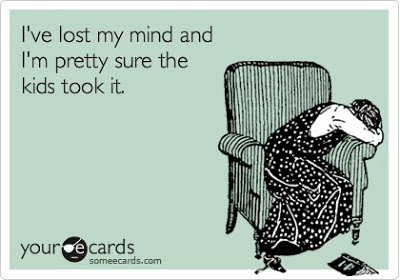 No amount of expressing my shock and horror about this atrocity seemed to make any impact on them. They would still continue to throw trash just anywhere they liked as though we don't have garbage cans placed strategically in every. single. room. in the house for that very purpose.

Last week I told them that I was done. Ok... "told" is an understatement. I lost my ever-loving mind and through horrified tears in my most guilt-inducing voice informed them that every time they threw something on the floor instead of in the garbage can they would have to go through their belongings and get rid of something.... as in recycle or throw something away that was old or broken or donate something that they no longer wore or played with.

And so I waited. For one week I left all the garbage on the floor that they threw there. I didn't pick it up. I didn't say anything. I just left it there. 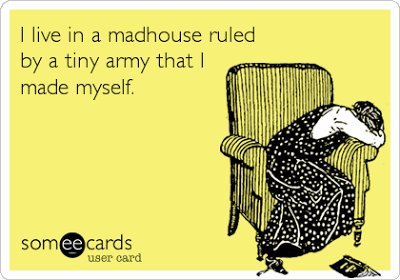 Shockingly *insert voice dripping with sarcasm here* they did not follow through on their promises to never ever never again throw trash on the floor. I'm sure you are all just as surprised as I was.

So today my children were informed that they had to go through their belongings and find things to get rid of. And oh there was weeping and gnashing of teeth but I stood my ground. Litterbugs get fined in our household.

It's actually killing two birds with one stone - not only are we teaching them not to be complete slobs by reminding them that there are consequences for their actions, they are also helping me go through all their STUFF. Actually it is four birds because we are reminding them that donating things actually benefits those who are less fortunate than us and recycling benefits our planet. It is an all-around good thing and no crying or yelling (on my part) was required.

And yes- they also had to pick up all the garbage they dropped on the floor.

Incidentally did you know that if you stop cleaning up after your kids stuff gets messy really fast? Because it does. Just in case you were wondering. 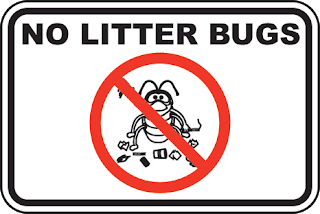