Hi everyone! My name is Owen. I'd like to show you what we do for fun around here when it is -20 degrees Celsius. That is -4 degrees Fahrenheit for those of you who don't speak Canadian. 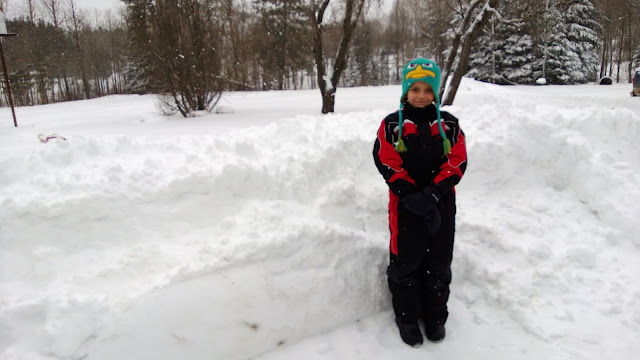 This is the weather today. It is -27 but the wind makes it feel like -39. That is what "wind chill" means. That means it is a day you should just stay inside.

But it wasn't that cold when mom took these pictures. It was only -20 on the weekend.

This is our snowbank. It is right outside of our house right now. It is where our neighbour put all the snow from our driveaway after he plowed it because he is nice. 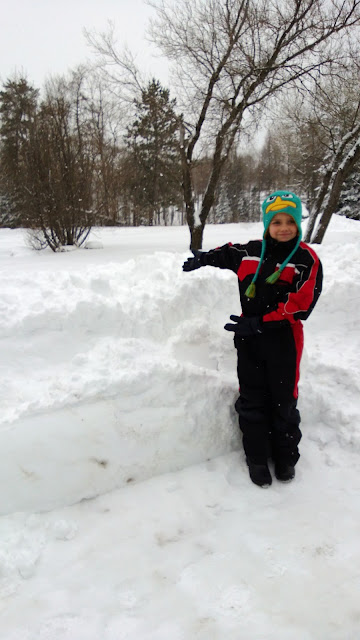 Snowbanks are the BEST and this one is almost as tall as me. It took forever to get lots of snow this winter and winter is just dumb without lots of snow because then you are just cold for no reason. That is just stupid and then it should be summer instead. But this snowbank is awesome. It isn't big enough to sled on yet. But it might be if we get more snow and the neighbour plows more. That would be so awesome. 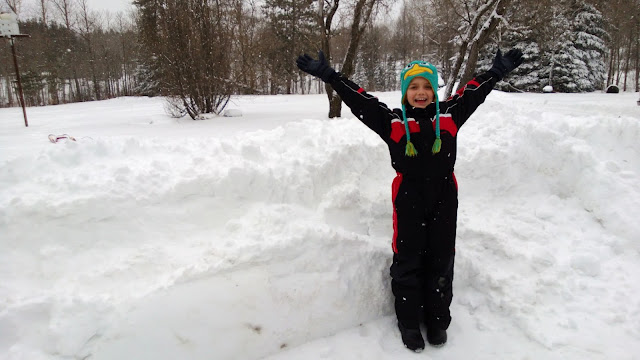 If you are dressed right you can stay warm outside here for a long time. Even in -20. But your cheeks will freeze if you aren't careful. Because -20 is still really cold. When your cheeks freeze it's called frostbite and they go all white and then really red when they thaw out and it feels all hot and sort of prickly. People here get frostbite all the time because you can't just NEVER go outside. 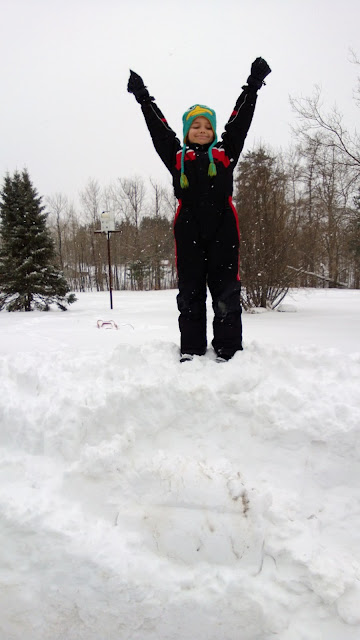 Besides. It is FUN to play in the snow. Staying inside for the whole winter would be just boring. We have winter for months and months here. At least from Halloween until Easter. Longer sometimes. But that is about 7 or 8 months of winter. It is not THIS cold at the beginning and ends of winter though. But it can still snow then. Snow is fun. It is the best part of winter. 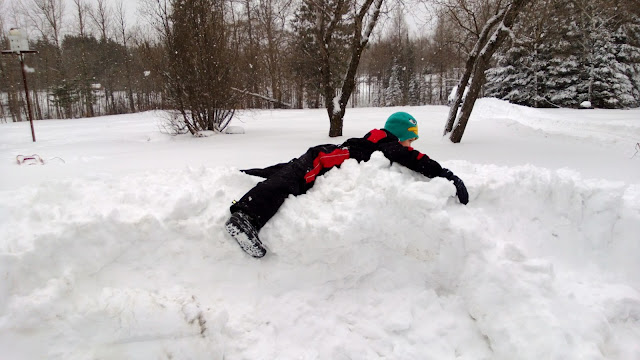 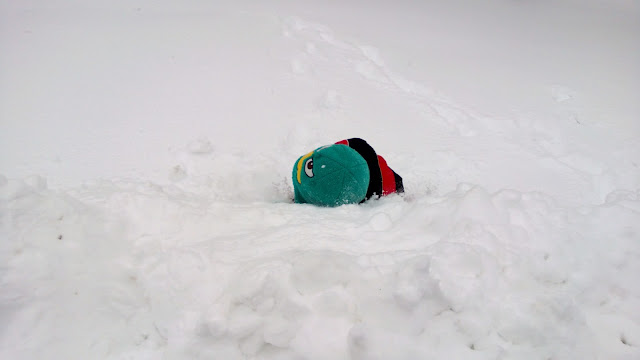 If you don't get to play in the snow you are missing out because snow is awesome. 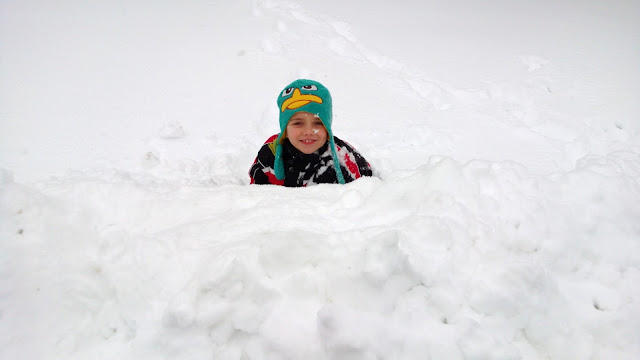 This is my brother Aiden. He doesn't like winter as much as me so he always makes sure his WHOLE FACE is covered except for his eyes. I hate having my mouth covered up so I don't wear neck warmers. 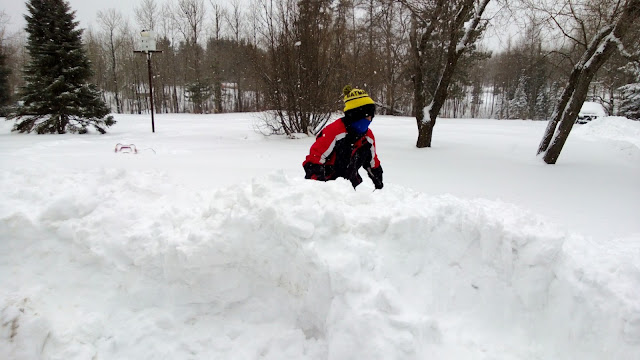 Aiden does like the snowbank as much as I do though. Because it is cool. Everyone likes the snowbank. It's awesome. 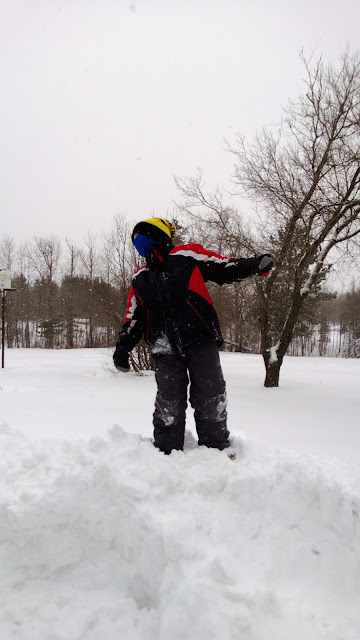 See- you can't see anything except Aiden's eyes. And that is why we can be outside in -20. Aiden's cheeks never freeze like mine because they are never showing. He likes to throw himself face down in the snow too though so he has to cover his face. 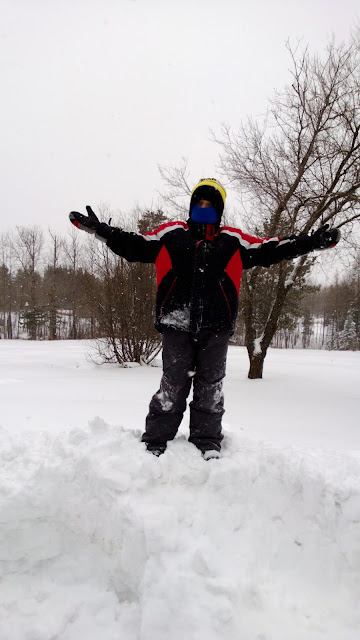 Before you jump off the snowbank you have to make sure you jump into a soft part and not a part where there are big chunks of ice. Or a part where Olivia is sitting. Don't jump on your sister. You will get in trouble. 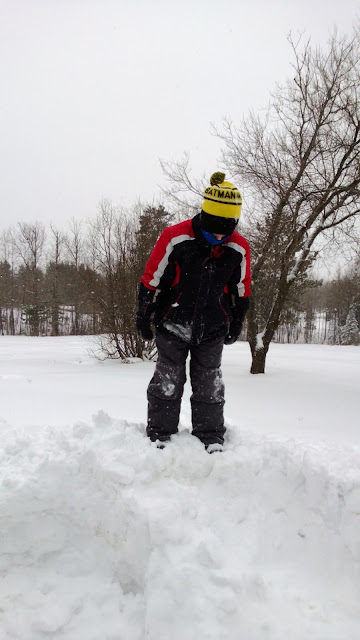 This is Olivia. No matter how many times you tell her to put on warmer socks she never will and so she always says her toes get cold. I think everyone gets cold toes though. It is winter. Olivia likes pink. Which is good because we always can see her no matter where she is. She sticks out. 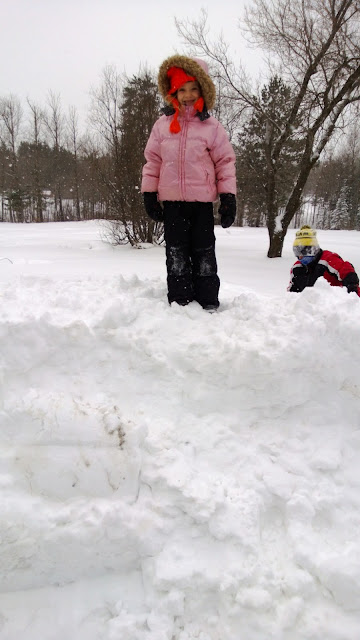 She likes the snowbank too except she is scared she will fall off of it. She forgets that there is a whole bunch of snow at the bottom so it won't even hurt if you fall. You will just roll into a big pile of soft snow. It won't even matter. But she still thinks the snowbank is too high up. Girls are weird. 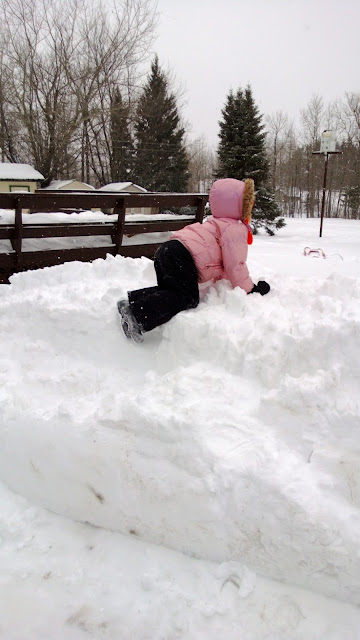 The snowbank is huge. Mom could even walk on it and not fall off. Seriously. It is THAT BIG. But mom barely ever plays in the snow because she doesn't have snow pants. She should though. You can't play in the snow without snow pants or you will just get wet and cold and that is no fun. 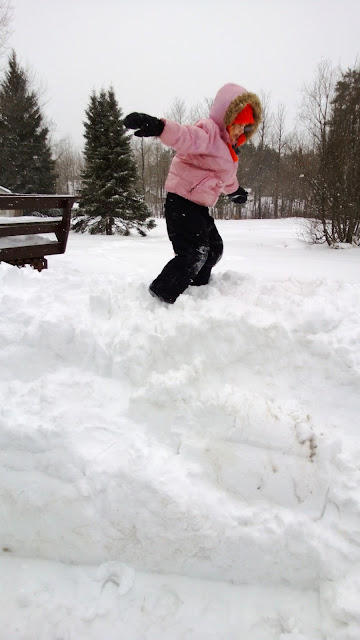 Aiden told Olivia to stop worrying. The snow bank is taller than her though so mom said to stop bugging her about being scared. 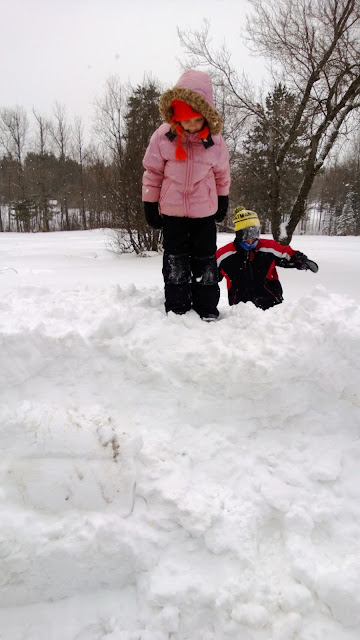 And that is how to have fun when it is -20 degrees outside! Just play in the snow! And when you get cold just go inside and have hot chocolate because it is yummy. 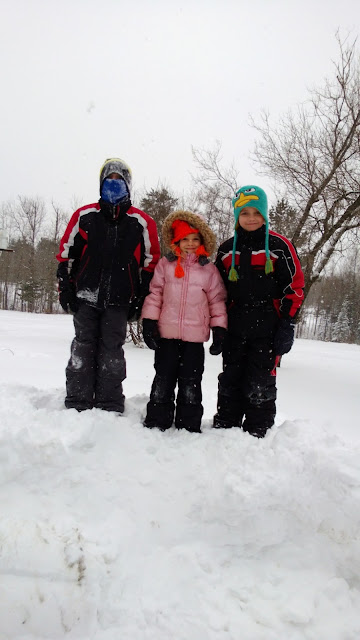 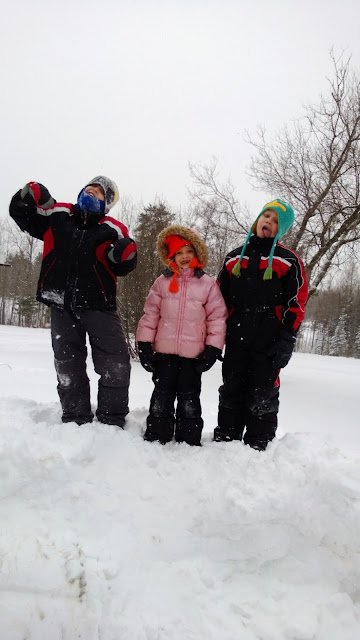 * This post was not typed by Owen because he has far more important things to do... like play on the snowbank. This is my best effort at relaying his words which were rapidly spoken to me because the child simply has no time to tell his mother something TWICE! I mean really. Priorities people. There is a snowbank waiting!*