Today was not a fabulous day. In fact it was a pretty darn craptacular day.

This afternoon we were called to the school because Aiden had a total meltdown.

His regular aide is away for a few days so Aiden had a substitute and it clearly did not go well. Kids with Autism generally do not do well with change and that poor woman had no idea what she was getting herself into when she agreed to work with Aiden today.

Aiden was upset about an activity they were doing in class and he just lost it. He did a lot of screaming and yelling and saying really nasty things, he threw chairs and kicked stuff over... and he punched his aide. 3 times. Because that is apparently what you do when you don't like the rock you have.

So Aiden has been suspended from school for a day and then on Monday school might look a little different for him for the day depending on his behaviour... an in-school suspension of sorts.

We are not surprised at all and honestly we both think that is a very reasonable response to his actions.

The school has been amazing throughout all of the ups and downs of the past few years. They are gracious and compassionate but there is no part of punching someone 3 times that is ok.

And also we have to figure out various ways of making tomorrow NOT fun for Aiden otherwise he is bound to think that staying home is a reward of some kind.

Tomorrow we will take Aiden to see his Autism counsellor and she will use whatever genius techniques she has up her sleeve to help him understand the situation he has put himself in.

I could go into more details. I could try and explain Autism and aggression and how "normal" it is for my son to be acting this way.

But instead I am going to watch mindless television and try to laugh for awhile.

Because really? Sometimes you just have to laugh or you will go stark raving mad. 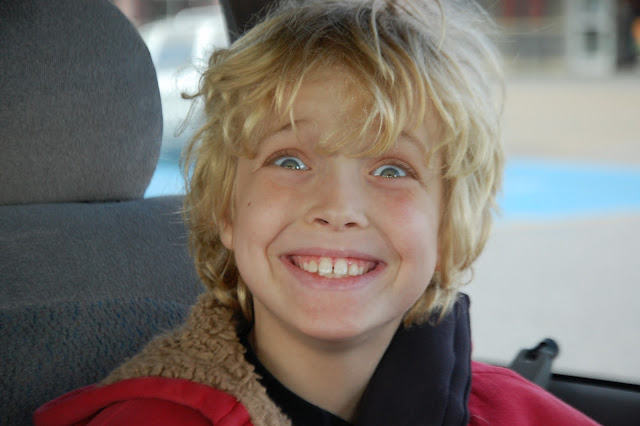 Paula Schuck said…
I sympathize and send hugs. I don't agree though and think schools should plan better for disability.