This is a GUEST REVIEW by my husband Doug! 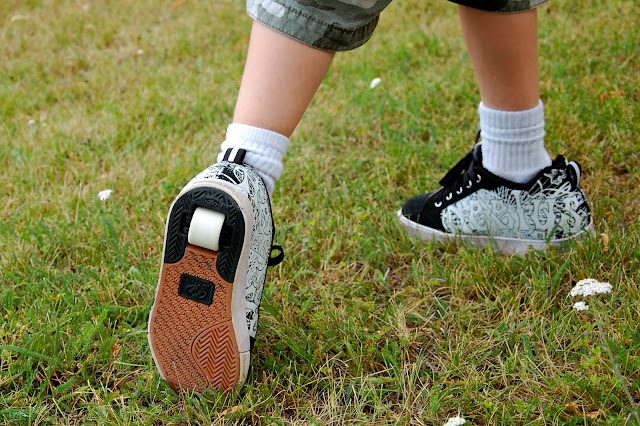 Our family was given Heelys to try out.  On the surface it would seem like we would be a great family to review this product.  We have two boys with the same size feet.  Double the feet mean that much more riding eh? 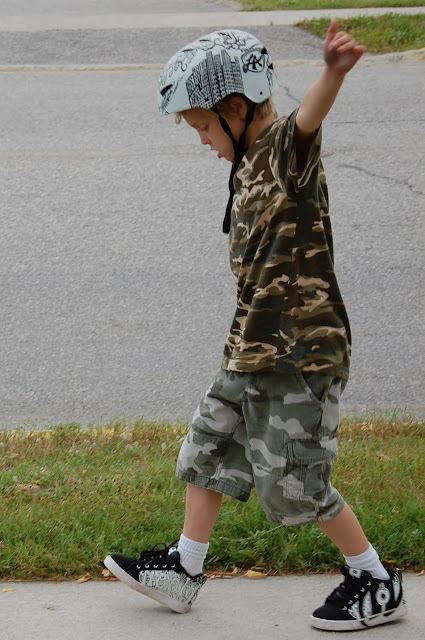 Well, the boys were very excited to try the shoes.  They tried them a fair amount in the basement and had a blast.  However, the basement is small, cluttered with toys and there was a desire to go bigger.
So we decided one day to go to the park to take some more pictures and video of the Heelys in action.  We were also given a Hot Wheels Video Racer to review (it’s coming!) and we decided to try and take some video with that camera attached to the boys helmet.  That video didn’t turn out like we planned as the camera was aimed all wrong. 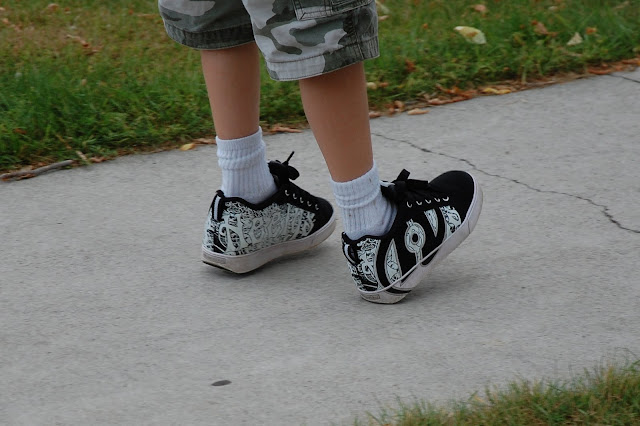 The boys were excited to try and get some video of them ‘tearing it up’.  They were still learning, doing simple little glides around the empty basketball court.  I got the video camera set up on a tripod and was walking to pick up my still camera... And then there was a wipe out. Test subject one hurt his knee, which pretty much took the wind out of the “tear it up” for the camera from both test subjects.

After all is said and done the Heelys were very cool.  The boys thought the shoes looked cool even without the wheels in them, and would wear them about as normal shoes.    Caution though.... Wearing Heelys means you are strapping wheels to your feet.   They do require some coordination and skill but most kids should be able to pick it up; if they’re willing to practice.   I’m sure when the memory of the wipeout fades we’ll try again....