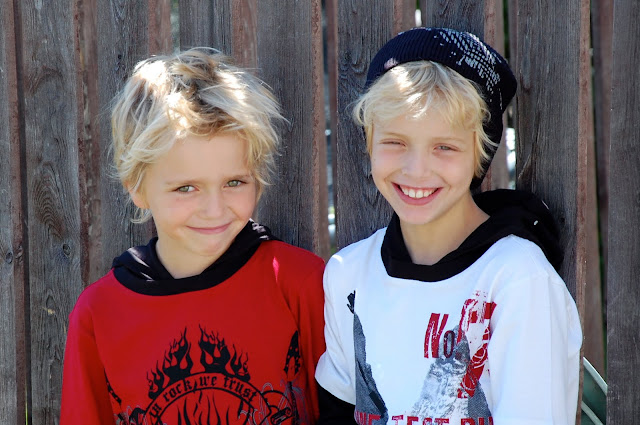 We are going to be starting food/feeding therapy with Aiden this week and I am really hoping it works.

Kids with Autism usually have some fairly strong food issues and Aiden is no exception. He has had eating issues since the day he was born. Seriously.

He has a very limited amount of foods that he will eat and the goal of our food therapy will be to increase the variety of foods in his diet.

We love our Occupational Therapist and she came to our house this week ( ignoring all the unpacked boxes and chaos of course) to talk about the types of things we will be doing. She is going to approach it from a "food scientist" point of view- she will try and get Aiden to explore different foods without eating them at first. She will come to our house once per week and have a therapy meal. 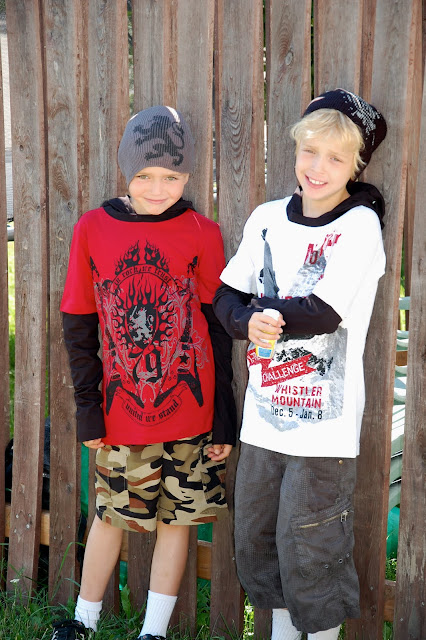 
We are including Owen in the therapy because he has some food issues too... whether they are his own issues or learned from Aiden we don't know yet.

I've been reading all the information she left with us and I am hopeful that it will work. It is also really encouraging to know that these issues are not just in our family.

Oh- and by the way... you know that saying that a kid will eat if they are hungry enough? Ya... that is true for  most kids but for about 5% of kids that is a total lie. They would much rather starve than endure eating.


MYTH #6 = If a child is hungry enough, he/she will eat. They will not starve

Why it is false:

This is true for about 94-96% of the pediatric population. For the other 4-6% of the pediatric population who have feeding problems, they will “starve” themselves (usually inadvertently however). For the majority of children with feeding difficulties, eating doesn’t work and/or it hurts, and NO amount of hunger is going to overcome that fact. Children are organized simply; if it hurts, don’t do it. If it doesn’t work; cry and/or run away. Also, for children who have skill or medical problems with eating, their appetite often becomes suppressed over time, such that they no longer respond correctly to appetite as a cue to eat a sufficient number of calories. - Top 10 Myths of Mealtime in America


Aiden falls in the "happy to starve" category.

When he was 2 we listened to a doctor who gave us a long judgemental lecture telling us we were all wrong in the way we were feeding Aiden. He told us he would eat what was put in front of him if he was hungry enough. SO not true.

After Aiden simply refused to eat anything for several days I was frantic. It took us at LEAST a full year to help Aiden recover from that experience. He simply stopped eating and was happy to do so. He ate dry cheerios and pediasure ONLY for months. It took us forever to get him back to eating the things he ate before we listened to that doctor.

That was one of the things talked about in the food therapy materials. You can read the Top 10 Myths of Mealtime in America here.

I am so very thankful for OT's and the other professionals who help us!