I was given the opportunity to try out Gogo's Crazy Bones with my kids and so we incorporated them into Aiden's birthday party today! 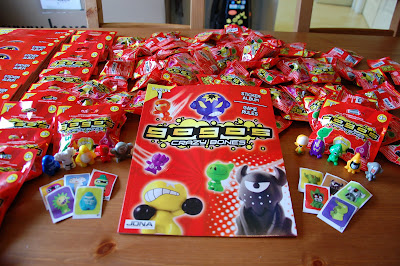 We were sent a whole whack of stuff to use... 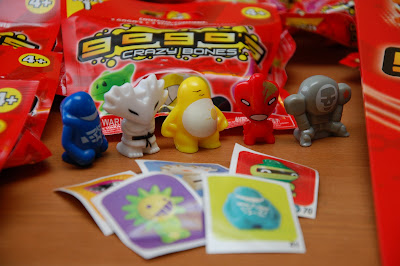 Gogo's are small little plastic creatures that come in hundreds of different colours and designs. Each one has a unique name, design, personality and special ability. Gogo's are a little like marbles or jacks. 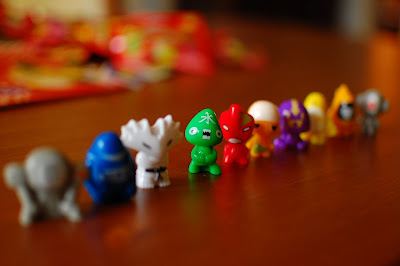 Each Gogo has a unique number for collecting and is designed so you can hold and throw them with one finger.  Kids can collect, trade and play with them. 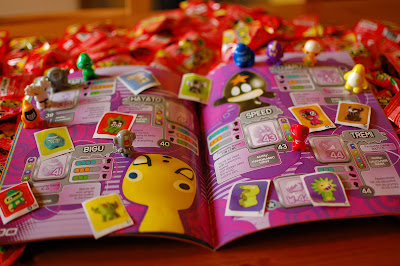 I decorated Aiden's birthday cake with some of the Gogo's and he thought that was pretty cool... 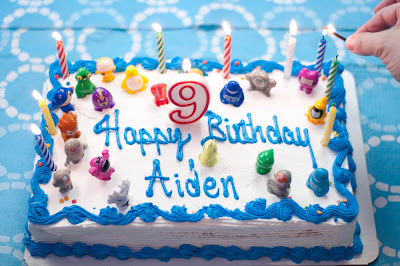 There are all sorts of games you can play with them. We made some up and used some of the suggestions from the sticker books. The boys especially liked playing "Battle". 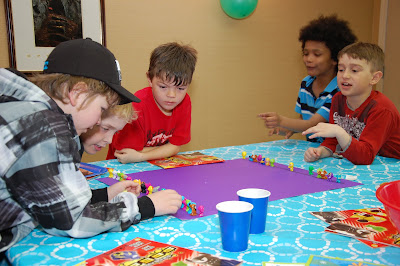 There were lots of girls at the party too and they seemed to enjoy them as well. 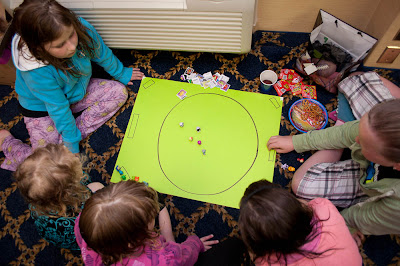 Overall I think Gogo's Crazy Bones were a big hit with the kids! 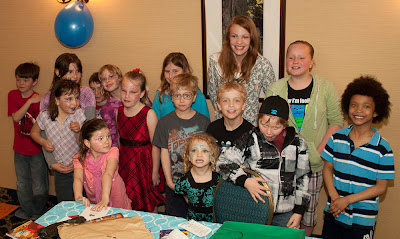 Thanks so much to Child's Play Party and Gogo's Crazy Bones for giving us this fun opportunity!