As soon as there was even the remotest possibility that Spring might finally have arrived in our part of the world every kid in our neighbourhood had their bikes out. Which meant my sons wanted their bikes out. Of course. 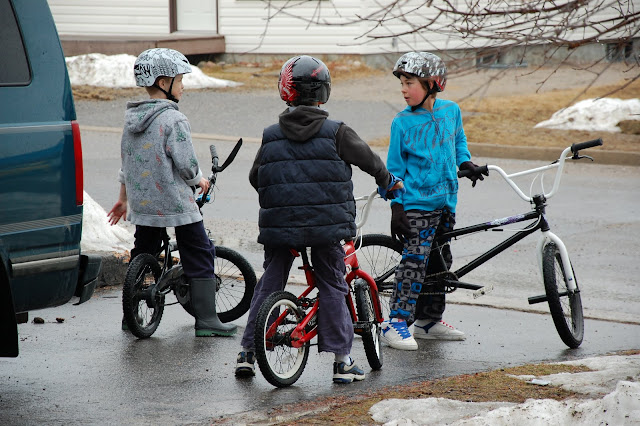 Now we KNEW that their bikes from last year would be too small for them this year. They were already too small for them at the end of the summer and they both grew so very much in the past 6 months that there was no doubt in our minds we would be purchasing new bikes (yay income tax return!). 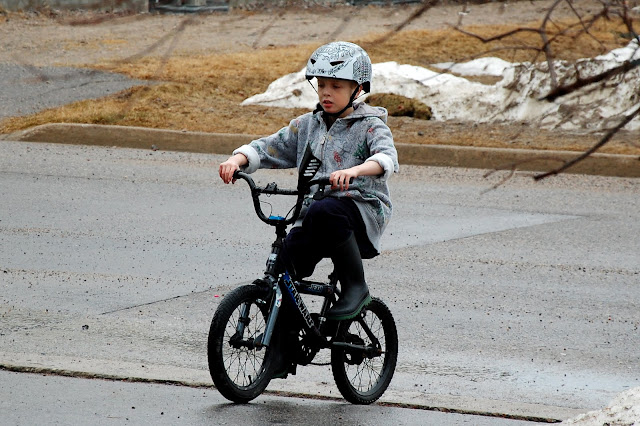 The thing is we TRIED to buy them bikes. But apparently all the stores were sold out of bikes in my sons' size. Which is just plain annoying. Fortunately Canadian Tire had bikes... granted they were in pieces in boxes in the back of the store... but at least they existed. SO we ordered bikes for the kids and dug the old bikes out of the shed to tide them over until the new bikes were ready. 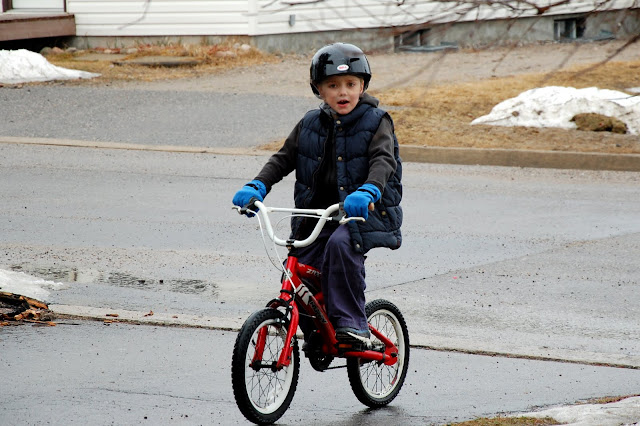 ( I realize it is really hard to tell but in case you didn't know... Olivia's favourite colour is pink. Shocker right?) 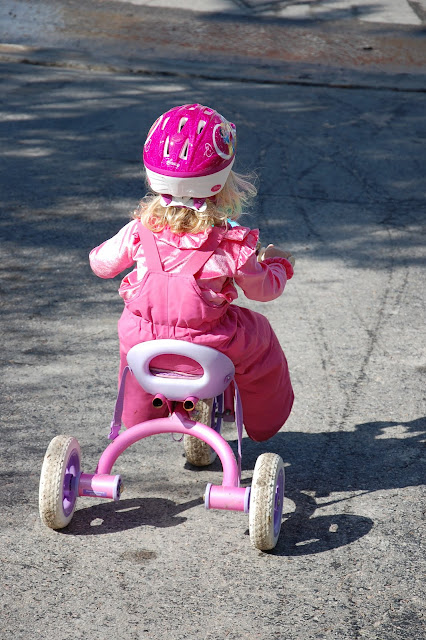 We bought the kids new helmets to ease their distress over leaving their new bikes in the store. 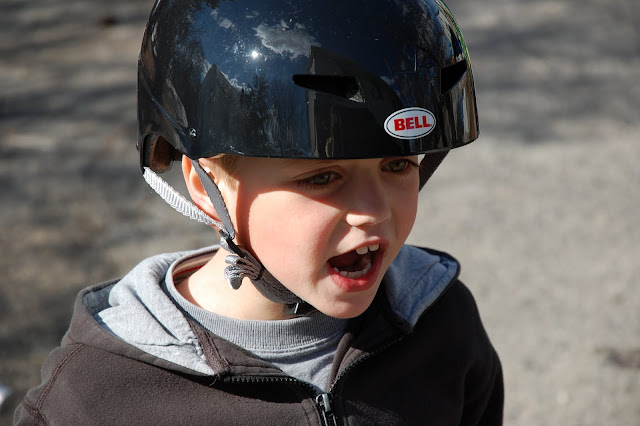 They were happy. The sun was shining. It was sort of warmish in a "we live in Canada where it is winter 8 months of the year and we are tough so anything over freezing is sweater weather" kind of way. They had fun. But those bikes sure were small and we heard the phrase "when do our new bikes get here" about 6000 times. 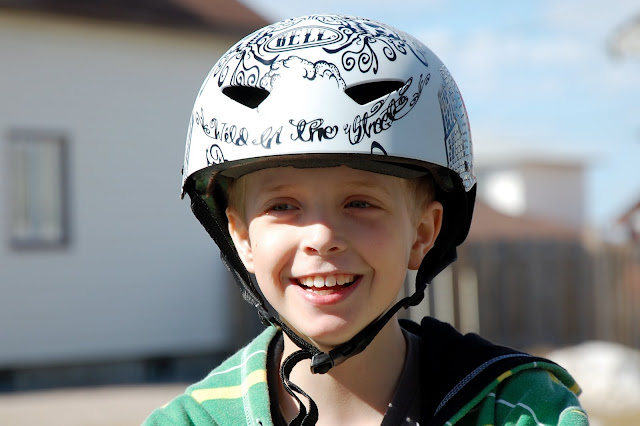 Yesterday Doug was able to go to the store to pick up the new bikes... but they only had Olivia's bike and ONE Of the boys' bikes ready. One. Not two.

Clearly the teenager Canadian Tire had hired to put together the bicycles did not have children and did not understand that my sons would NOT be ok with only ONE of them getting a new bike.

They told Doug to come back for the second bike another day. Sigh. 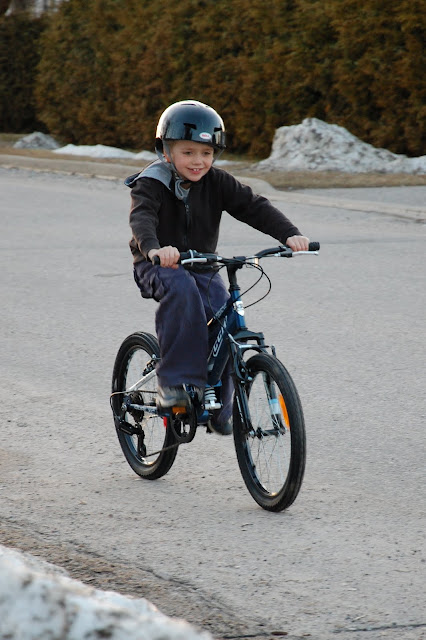 SO Doug brought home Olivia's bike and the ONE boy bike... and told Aiden and Owen that they had to share and assured them the sharing would not be for long and the other bike was for SURE coming. 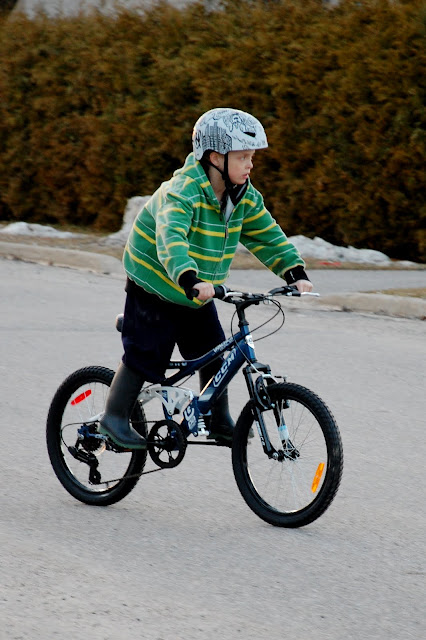 Aiden was definitely upset but bounced back and both boys had a great time riding the new bike.

According to my sons the new bike is BIG and FAST and COOL! 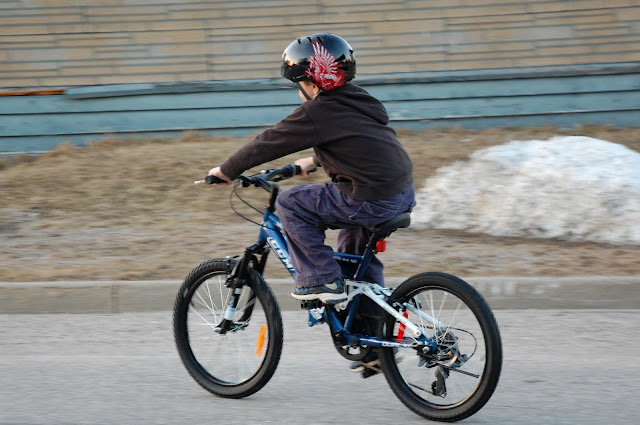 And did I mention it is fast? Very fast. They really really like that feature. 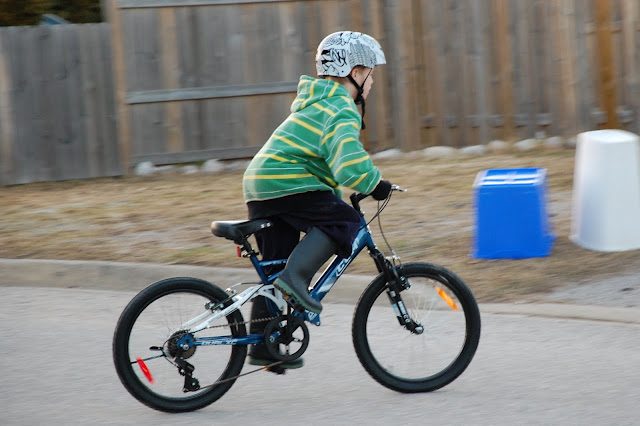 Me? Not so much. I preferred slow. But I'll have to get over that. Apparently trying to slow my boys down in any way shape or form is a losing battle. :) 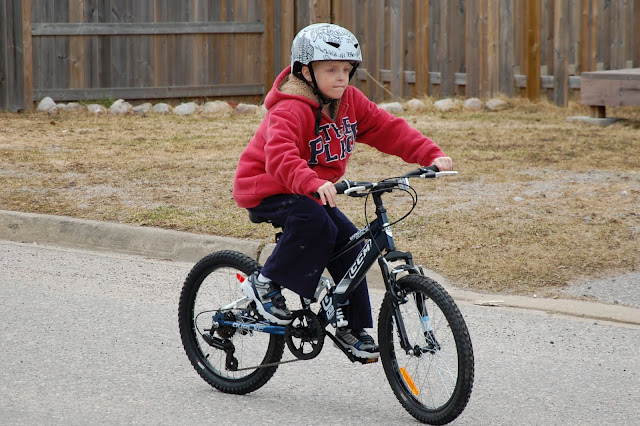 Today we were able to pick up the other bike so now everyone is happy! 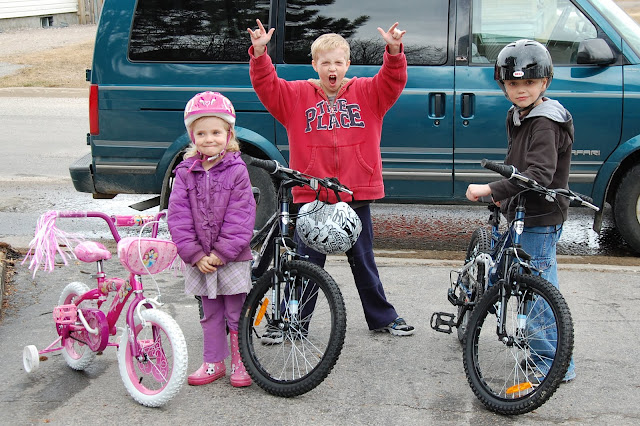