Our Day at the Winter Festival...

Today we went to the local Winter Festival. The kids were excited because we were going to see the dog sled race. 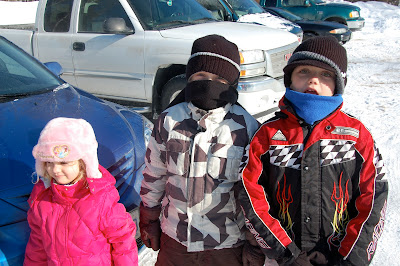 Of course the first thing they did when we got there was NOT watch the race. Instead the jumped in the snow. 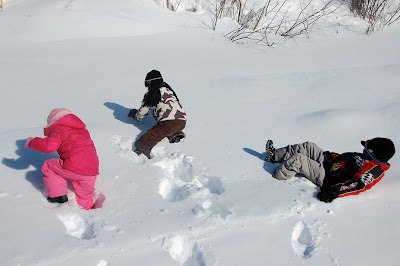 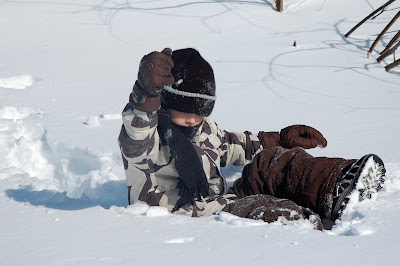 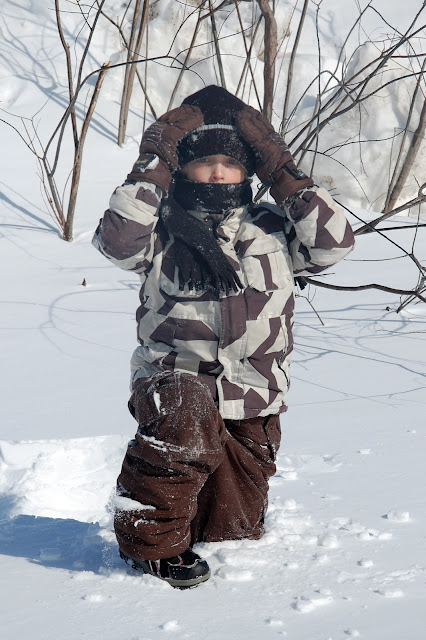 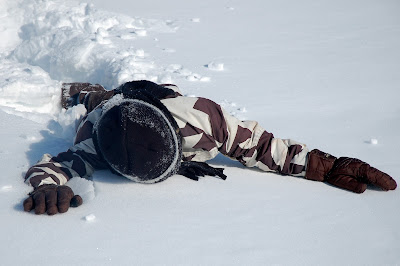 They took the occasional break from snow-play to watch some of the dog sleds start out. This dog had bright orange booties on which the kids found very entertaining. Olivia suggested they get pink booties. Of course. 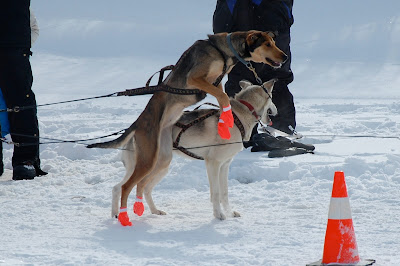 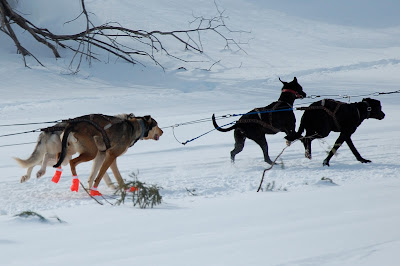 The snow was really deep and the boys spent a good amount of time leaping into it. 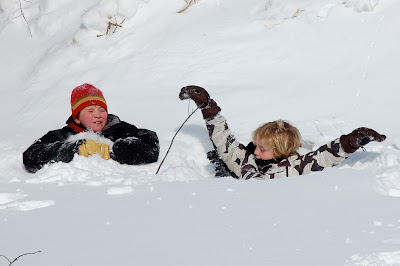 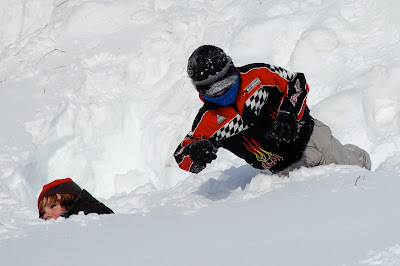 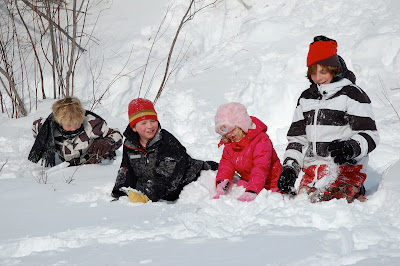 They had a "needle in a haystack" race where the kids got to look for loonies ( Canadian $1.00 coins ) in the piles of hay. 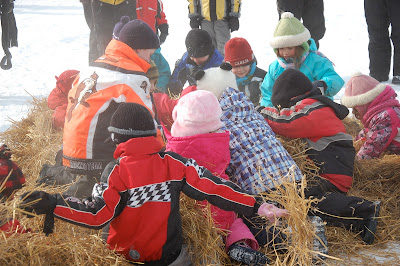 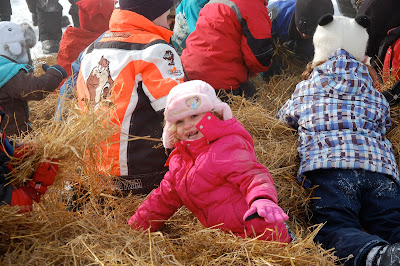 Neither Owen or Olivia found any but they had fun anyway. 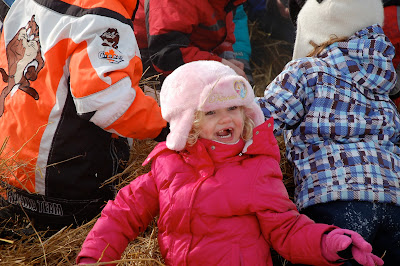 There was a log cutting relay race thing for the kids too. Olivia wanted to go so she and Doug had a special turn. 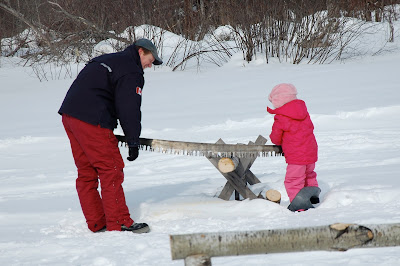 Aiden and Owen were a team. They have things on their feet- sort of like a sack race- to make it harder and it made it especially funny to watch. 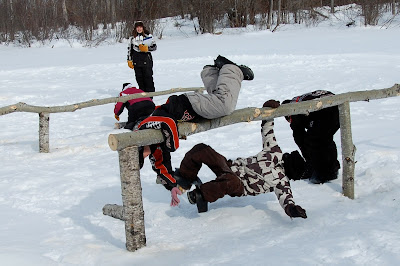 They did manage to saw the end of the log off but they didn't win the race :). 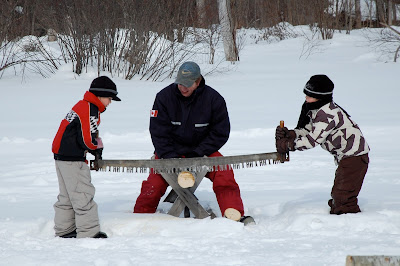 I took a couple videos for those of you who have never been to a dogsled race!