I went trick-or-treating with Harry Potter (aka Owen) , Princess Aurora (aka Olivia), and the Blue Ninja (aka Aiden)... 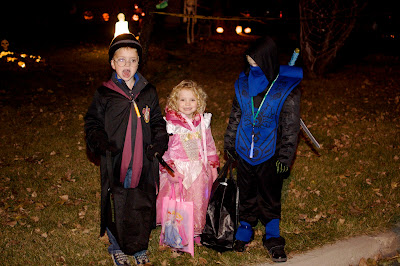 It had snowed earlier in the day so it was pretty darn cold...  which is not too unusual here in the great White North and therefore the kids all had to wear their winter coats underneath their costumes. It made them look a wee bit... um... poofy. 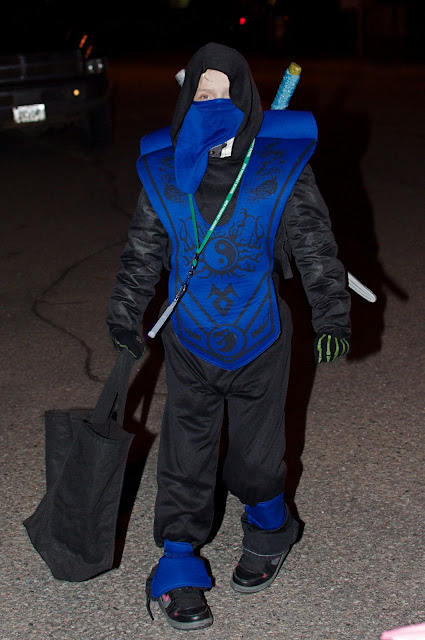 We took this picture in front of a house on our street that was decorated fantastically for Halloween. We didn't even get around to doing pumpkins this year what with me being away all week! 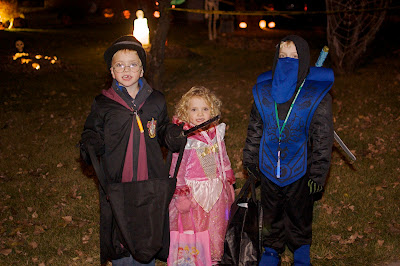 Owen looked awesome as Harry Potter but got really mad when anyone actually called him Harry Potter. Go figure. 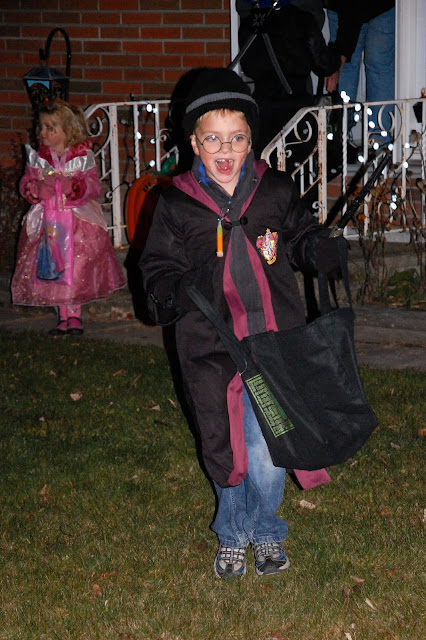 We stopped in at Grandma's apartment building to say hi to all the lovely seniors and several of them took pictures of the kids. It was cute :) 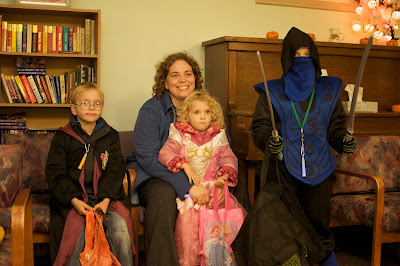 I actually love the way our town does Halloween- you are only allowed out from 6 to 8 pm and then it is done! It really helps keep the kids safe and cuts down on the mischief aspect of Halloween. 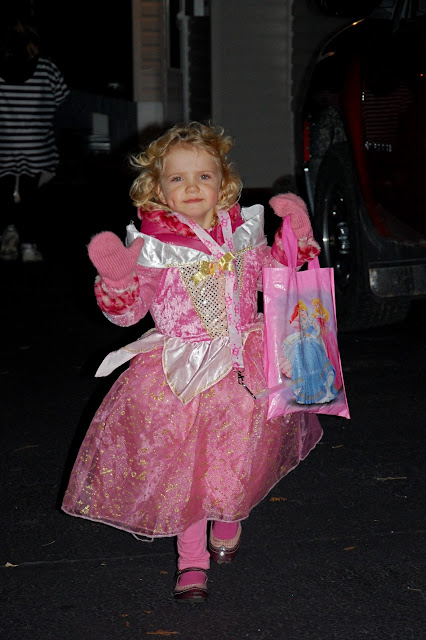 The kids got tons of candy and had a great time and were almost late for school this morning because we all slept in a bit!
Email Post
Labels: costumes Halloween Harry Potter my kids Ninja Princess Aurora

Unknown said…
we had kids come to our door at 9:30pm they were bigger kids, like preteen or early teens, with massive pillow cases full... we weren't the only neighbourhood they were going through! :)
9:38 pm

Patricia Ward said…
Oh they are so cute! Loved it that they came to see us seniors!
4:43 pm

Amanda Daybyday said…
Love the new blog look. Also, something funny? Will went as a Ninja and Nate went as Harry Potter. Ha ha ha ha ha. I don't have even one picture to prove it, but it's true. Where we differ is that Finleigh was a tiger. Grrrr...
8:19 pm