Just over 2 years ago we put Aiden on some medication to help curb his aggression. Before the medication Aiden was extremely angry and very violent. Multiple times per day he would hit, punch, kick, and generally beat up anyone or anything he could get his hands on. It was scary.

This was before Aiden had his official Autism diagnosis but our pediatrician at the time was brilliant and suggested we try the medication. We did. It worked. It was amazing.

I honestly can't even begin to describe what a huge difference those little pills made in our life. I am crying just thinking about it. It completely revolutionized our family life. 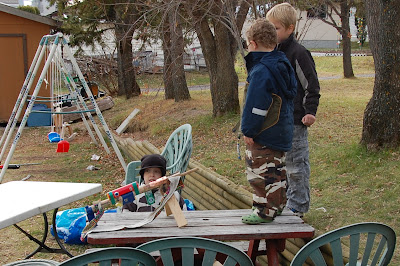 But we always knew a time would come when he would need to go off of the medication. It can screw with testosterone levels so it is not recommended during puberty. Apparently puberty can start as early as 8 these days (which is insane by the way) so our pediatrician decided it was time to wean Aiden off the medication.

When he noticed the panicky look on my face at the mere suggestion he started to tell me that he didn't think it was really working anyway. He thought that it may have worked really well at the start but that if it was really working well now Aiden wouldn't have as many outbursts as he does. He also mentioned that all the counselling and work we've done with Aiden has probably made the medication unnecessary.

I was not convinced but we figured it was worth a shot. After all it would be fabulous if he didn't need the medication anymore. I would love that.

I asked what we would do if it didn't work and the pediatrician mentioned that we've exhausted pretty much all of the medication options... and then he just said "so lets see what happens". Scary.

So last month we started the weaning process. According to the pediatrician if we did it nice and slow there shouldn't be any withdrawal-related issues.

Either Aiden is having some serious withdrawal issues or the medication really was making a HUGE difference and the pediatrician is just plain wrong.

Aiden has been getting angrier and angrier as the days go by. In the past week he has punched multiple people both at school and at home.

I am freaking out.

I am so afraid of what that means.

I know we have to continue the process of weaning because it is possible it is just withdrawal issues and they will go away.

And we don't see the pediatrician until next month.

But what if it is NOT just withdrawal?

What if all that violence is coming back?

Aiden is 2 years older, 2 years bigger and 2 years stronger than he was when we started the meds. Punching now hurts a lot more and he is a heck of a lot harder to restrain. The consequences of hitting at school are now significantly higher.

This could be very bad. And that scares me. 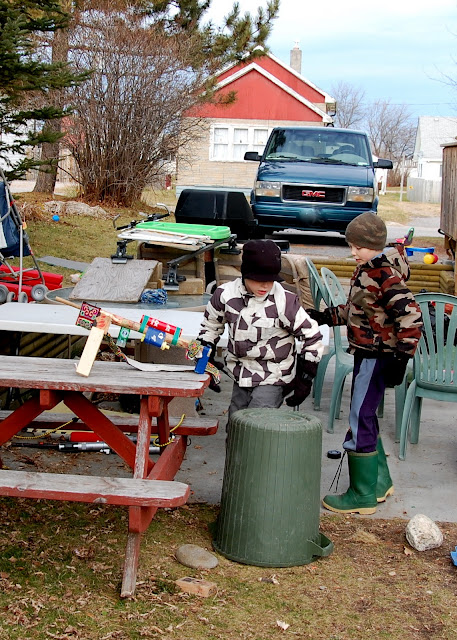 I love my son.  He is funny and intelligent and he works so very hard just to function "normally" throughout the day.

It is not fair that he has to deal with Autism, ADHD,  and massive sensory issues and then top it all off with serious Asthma. It is just not ok.

Feel free to send lots of prayers and good thoughts our way.

Patriciamaryward said…
I am just so glad there are so many people praying for Aiden and your whole family. Poor Aiden - it's a lot to cope with. Praying it's withdrawal symptoms that will fade away as the meds flush out of his system. I love you and admire your parenting skills so much. Wow, I have such a brilliant daughter!!!
8:14 pm

tarasview said…
ya, the future is certainly a worry sometimes isn't it. *hugs*
8:16 pm

Adaybyday said…
Sad to hear it's not going smoothly, my friend. When Finn hits me, I already fast forward in my head to what it could be like in the future. Hugs.
8:16 pm

tarasview said…
yikes- I hope the weaning process goes smoothly for you!
8:16 pm

Denise Dunn-Reker said…
I agree and to put a 18month old on it is just crazy
8:17 pm

Ruth said…
It is tough going through all the med trials, weaning, processes...I am praying for you guys:-)
8:17 pm

Tara Robertson said…
wow... it is a pretty heavy-duty drug to be putting a kid on just for sleeping issues (in my humble opinion). Aiden was put on it for his aggression.
8:17 pm

Penney said…
Hey Tara; I'm so sorry to hear that you're having so much difficulty....Aiden has always been very well behaved at our house playing with Hunter......I will send prayers your way that the answer you're looking for is found sooner then later with as few negative side affects as possible.....if you need a shoulder to lean on you're always welcome to give me a call :)
8:18 pm

ErinClosingTime said…
Just wanted to let you know that I"m praying for you all in this transition/withdrawal stage. I can't even begin to image how difficult it must be. Praying for God's grace and peace and help!
8:18 pm

tarasview said…
unfortunately this is our THIRD opinion... they all say the same thing- that if we can go without this med through puberty than we should. Normally my son could take other meds but he reacted really badly to the other 3 we tried so those aren't options anymore.
But ya, going med free certainly was never on my plan. And if things stay this way I will make a huge fuss about it.
8:18 pm

tarasview said…
yes, it was respiridol as well- but we never had any problem with sleeping. It actually helped our son sleep much much better. Honestly we had little to no negative side effects. Loved it.
8:18 pm

Karyn Climans said…
I would definitely get a 2nd opinion. As you know, I have special needs kids and I wouldn't dream of going medication free. It always amazes me how different doctors will offer totally different diagnoses & medications.
I sincerely hope things calm down again with your son soon. I know how trying it can be!
8:18 pm

Denise Dunn-Reker said…
oh yeah we are praying for you. We just asked for prayers for weaning Sean off and we know that God is powerful and that he can heal our boys!
8:18 pm

Denise Dunn-Reker said…
Can I ask what medication?

We just adopted our almost 3 year old, who has PDD NOS as well as Fragile X and he is on Risperdal and we are weaning him right now, the foster family had him on it as he was not sleeping at night.
8:18 pm

Tanya said…
I agree, it seems just so unfair that he has autism and all the rest of it. My heart aches for you all. Praying for a wonderful solution.
8:18 pm

tarasview said…
thanks, we need all the prayers we can get!
8:19 pm

Little Missus Sunshine said…
Definitely will be praying for all of you! (Hugs)
8:19 pm

Tanya said…
I followed your link to your letter to Aiden and cried and was overwhelmed with your very real desire to do right by your boy...such a good Mom you are. Tara, I'll send prayers your way and good thoughts... and for whatever else you need. Hugs
8:19 pm

Lindsay Ann said…
Aww, I sincerely hope things work out for the best. I am sure they will, even if it sends you through the loop a couple of times first.