As most of you know it was my son Owen's 7th birthday this week and we were lucky enough to be able to make it a HEXBUG Nano party! 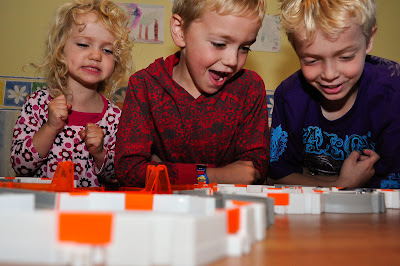 We opened everything up and let the kids build a habitat / battle extravaganza. They had so much fun! 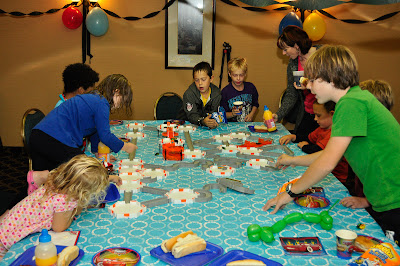 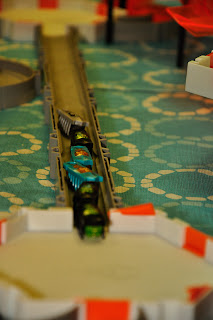 We had a wide age range of kids at the party- from my daughter who is 3 to some friends who were 11 & 12 years old. Most of the kids were 6-8 though.
All of the kids had fun playing with the HEXBUG Nano toys and it thoroughly entertained them all for well over an hour. They did take a brief break to eat cake but quickly got back to playing. 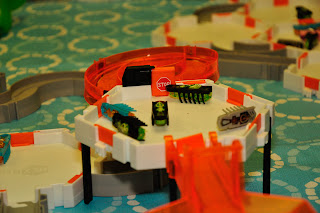 I asked some of the kids what they thought of HEXBUG's and here is what they said:

Owen (birthday boy, age 7): I think they are cool! And they fight with each other and that one pushed the other one off the edge but he flipped himself over again! 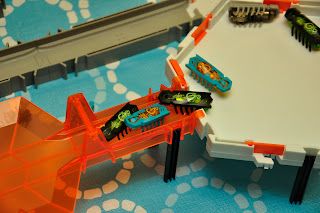 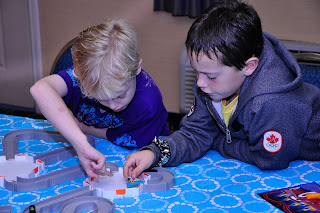 
Hunter (age 6): they move around a LOT like more than me even! I want my mom to buy me lots of these. 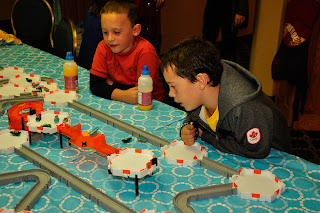 Ben H. (age 8): I've never heard of them before but they are cool. Where did you get them? 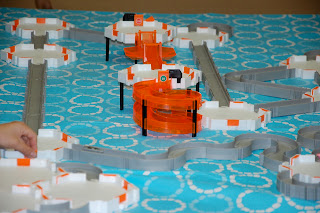 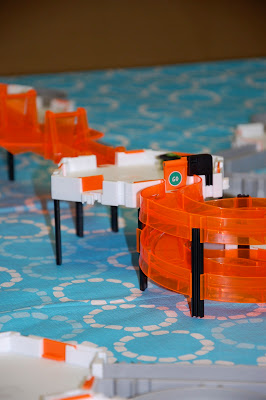 Emma (age 12): They are fun and I bet you could play with them for hours.
Devin (age 11): They are sick!
Doug (Daddy- age 36): Hexbugs are kinda cool. I was surprised by how excited all of the kids were. They are similar to other toys in a way but the kids just went ape over the Hexbugs. Everyone we've showed them to, including the adults, have thought they were really neat. That is more of a response than we've gotten about most toys. 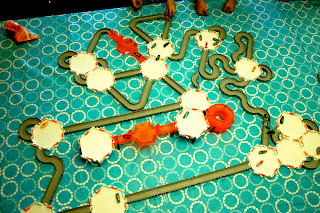 I found the sets very easy to set up and I really liked how many ways the pieces could fit together. There is a lot of room for creativity.
The only thing that I didn't love was the noise level! 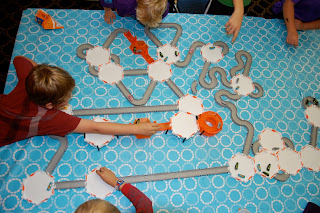 The kids were all thrilled when we sent them home with their own HEXBUG Nano's and track pieces. 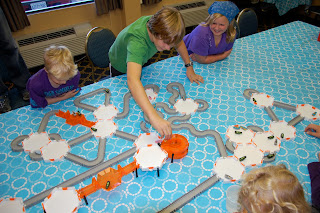 When I picked Owen up at school yesterday I was asked by two different kids where they could buy more Hexbugs... they really loved them! 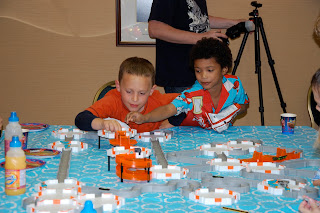 I think that HEXBUG Nano 's will make a fabulous Christmas gift for kids this year. Our whole family was very pleased with them and they seem to have taken up residence in my dining room indefinitely :) .

Thanks so much to HEXBUG Nano and MomSelect for sending me this super cool product to review!
Email Post
Labels: Aiden Birthday party HEXBUG HEXBUG Nano my kids Olivia Owen Parenting review

Patricia Ward said…
Loved the Hexbugs! And you sure know how to throw a party - everyone had so much fun!
12:30 pm

Unknown said…
Ewwww. I know they're plastic, but they really do look like bugs in the video. Having said that, what a great birthday party idea. Looks like a lot of fun!
7:53 pm

Unknown said…
I saw them in LA for the first time last week, I almost picked up some for Q. They looked so cool!!
3:29 pm

Unknown said…
Q saw your post and he wants me to get him some. I think I saw some at chapter's.
8:29 pm