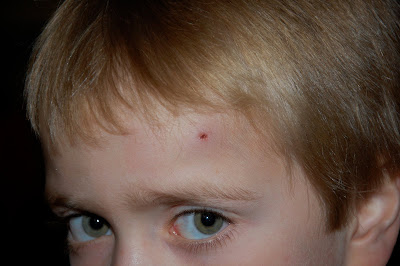 You see that tiny little red spot on my son's forehead? You would think something that small wouldn't bleed as much as it did. Granted, it was deep... but still... a mere 24 hours later it looks a whole lot better. 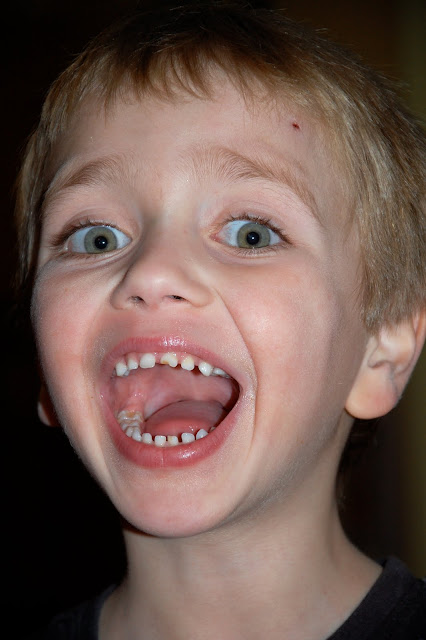 Owen's forehead is starting to turn some nice bruise colours and the bump underneath that "wound" is still pretty big...  but he is doing just fine. His biggest complaint is his chapped lips and the despised lypsol I make him wear to help it get better. 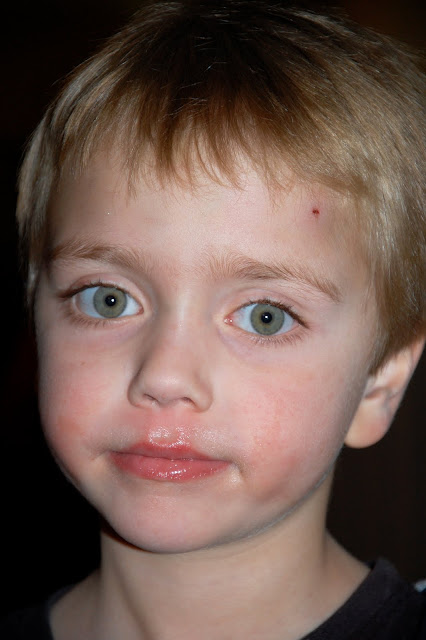 But seriously- does this child not have THE most AMAZING eyes? Beautiful.
Email Post
Labels: my kids

Unknown said…
Glad he's doing better and sorry you had such a bad time at the hospital.
6:08 pm