This morning we went to Aiden's Christmas concert. It was so cute. Last year Aiden didn't exactly enjoy his concert and at his first concert he very nearly had a nervous breakdown... so I was super proud of him today! He was smiling and having a good time and singing with his class like he wasn't nervous at all... although he did tell me afterwords that it was scary.

His class sang two songs- the first was a song that had the words Australia and Kangaroo in it and other than that I got pretty much nothing. It was very cute though. (you can find the You Tube version of the song- NOT sung by my son of course- here- http://www.youtube.com/watch?v=S9NhL3agUaw) 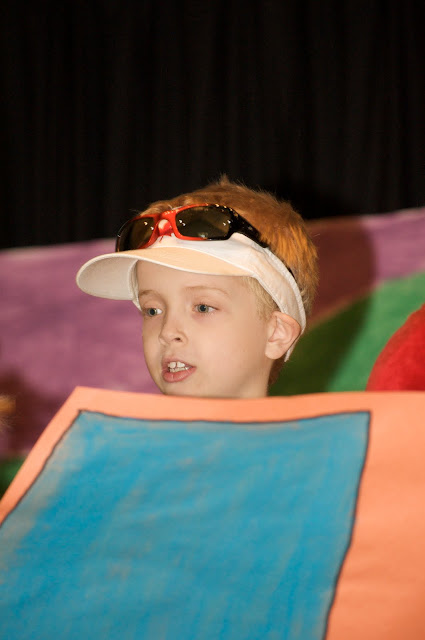 These are all my husband's picture by the way... it was next to impossible to get any truly good ones though since Aiden was basically hidden behind the truck picture prop. 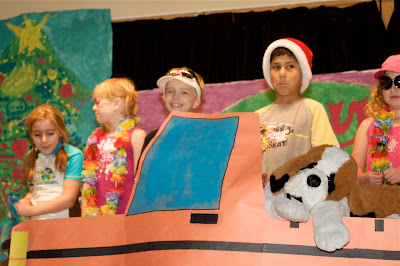 The second song was a "rap" about how without the reindeer Santa wouldn't be able to visit anyone's homes and Aiden had the only solo speaking (aka yelling) part! This is him saying his line... 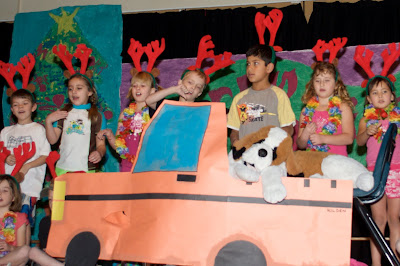 I had no idea he had a solo and I was so darn proud of him I nearly cried- but I was too busy grinning. My kid is awesome. 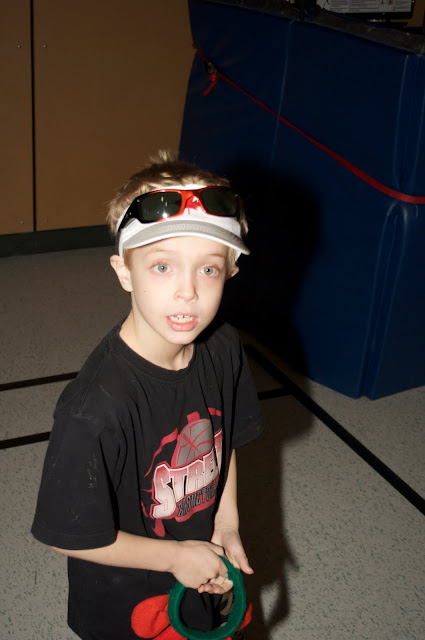 AussieMaz said…
What was the song with Australia & kangaroo in it? Aiden, can you remember any more of the words? And I'm loving the summer clothes, those kids should be here, that's the kind of stuff we're wearing at the moment, Santa hats, reindeer antlers and all (maybe not the leis though).
5:41 am

Thinking About Compassion said…
That is nothing short of remarkable! So awesome.
10:24 am

AussieMaz said…
Man, I was so vague last night I didn't even see the link that you'd posted to youtube! That song gets sung around here regularly at this time of year, our preschoolers performed it at their concert last week, but they didn't have the great props that Aiden's group had!
6:36 pm