We were recently sent super cool Hockey Guys from Kaskey Kids to try out. My sons (age 5 & 7) were excited to open the package and even more excited once they figured out what was INSIDE the box! 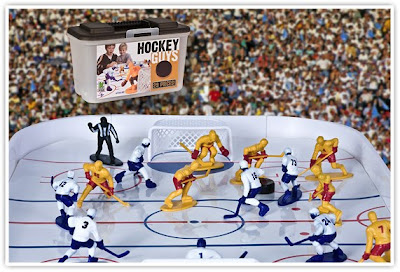 Simply slide together your rink walls and place your mat inside the boards and your hockey game can begin! With a slick surface, goals, and an oversize puck, kids will have lots of fun passing and scoring goals!
Set includes: 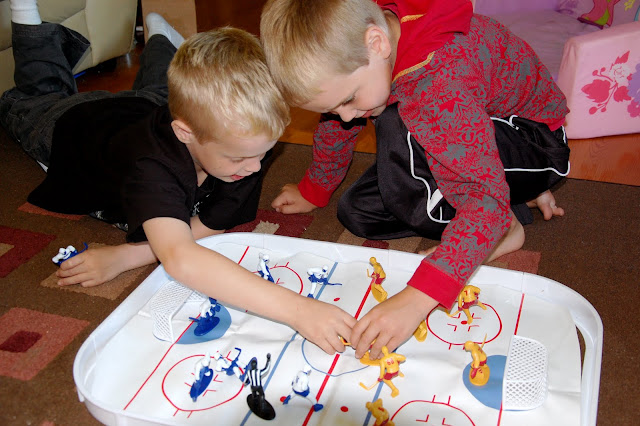 The set was very easy to put together and within minutes the boys were playing. They loved that they could move the guys around however they wanted. They claimed their colours right away and have continued to play "their" teams over the past couple weeks.

The pieces are very sturdy- even when Olivia stepped on the goal and I ran over one of the poor unsuspecting hockey guys with my desk chair they stayed intact! My boys have played with their Hockey Guys multiple times over the past couple weeks and keep it set up in their bedroom. Owen actually got mad at me when I suggested we put it all back in the box ;). 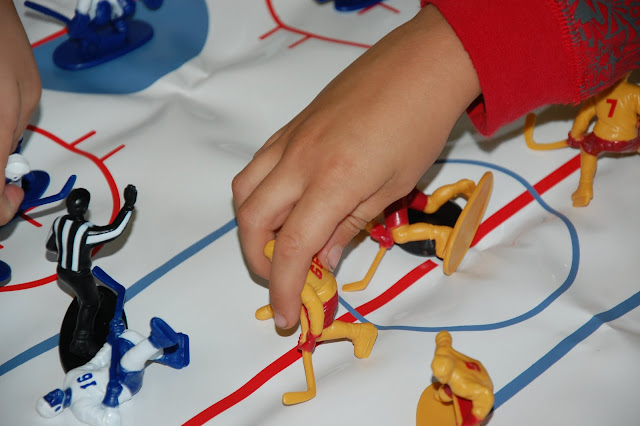 Hockey Guys recently won the Mom's Best Toy Award and the company has won many awards over the past few years for their fabulous toys. 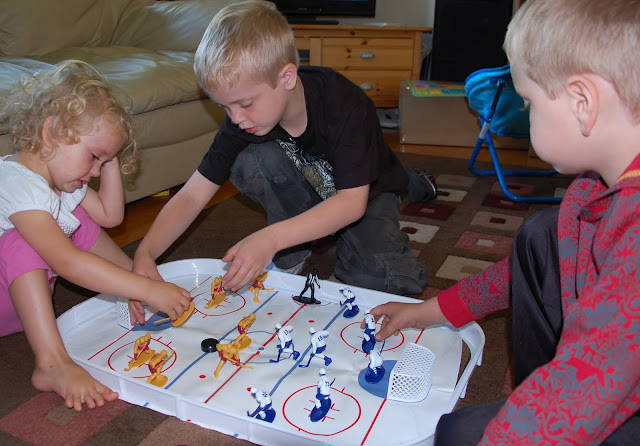 Even Olivia (age 2) got in on the action! Her brothers have tried several times to teach her how to play "right" but she still prefers to score on her own goal :). I love how this game encourages the kids to use their imagination. It has also given us a chance to teach fair play- especially with Aiden (our oldest son with high-functioning autism).

We all have been very pleased with our Hockey Guys!