Today my sons' had their Christmas concert at school and it was so cute! They were both so nervous so I am very proud of them- the both said their lines and did great on stage!

Owen was supposed to wear green but he insisted on wearing his shirt backwards... just because. 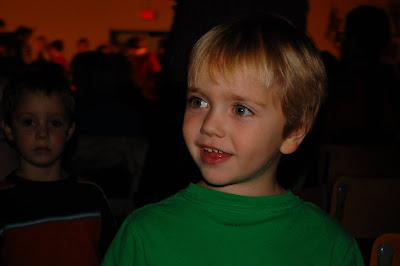 He spent a good portion of his time studying the garland around his neck. 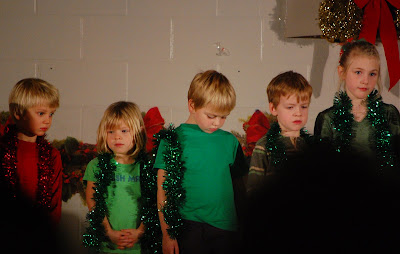 He said his lines perfectly and LOUDLY~ it was darn cute. The lovely little girl on the far side of the picture Owen refers to as "his girlfriend". She seems to agree since she watched him very closely as he said his lines :) I love kindergarten kids. 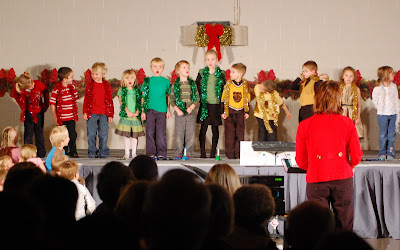 Aiden's class did a Christmas alphabet song- Grade One. 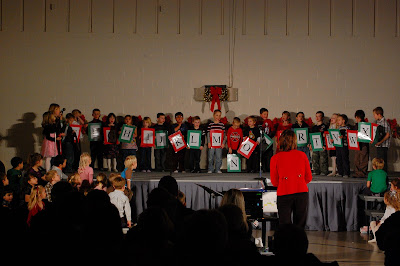 While Owen watched them perform he decided to dig for treasure in his nose... lovely isn't it? Makes a mother so proud I tell ya. 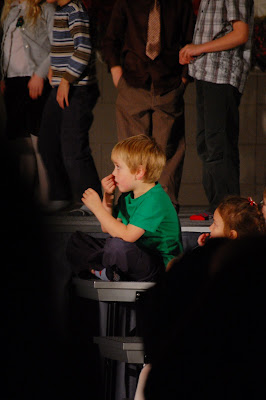 Aiden said his line perfectly and I was so proud because he was SOOO nervous! 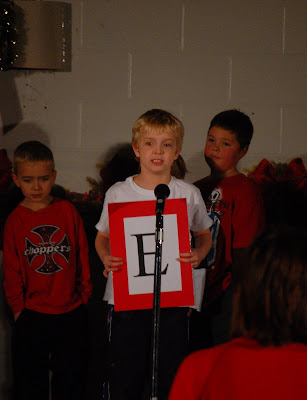 Olivia cried a good portion of the time so I ended up walking the halls of the school. Someday it is my goal to sit ALL THE WAY THROUGH a performance without having to walk ANYONE or entertain anyone or soothe anyone... just enjoy it. 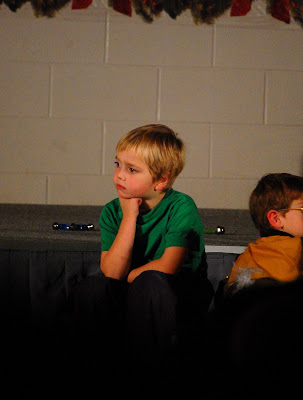 But in the meantime I'll just comfort myself with the fact that there were several OTHER moms walking THEIR fussy babies/toddlers at the same time as me.

Robyn said…
Adorable! At least you got to SEE the boys (well, pictures anyway). I saw nothing. We were too far back. Now I have to pay $20 for the DVD, & A is on there for ONE SENTENCE. Bummer. They did great though, from what I heard!! LOL!
8:22 pm

Anonymous said…
You can tell that Owen was deep in thought! Glad you took a picture of him...
10:56 pm

Kristin said…
That is so cute. See this is what starts to happen as they get older. :)
4:04 pm